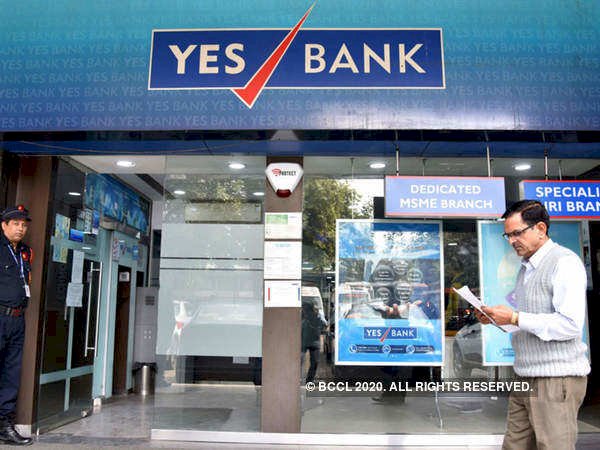 NEW DELHI : After restoring ATM cash withdrawal services and access to netbanking portal, crisis-ridden Yes Bank today announced that it has partially restored its IMPS and NEFT services. This will enable Yes Bank customers to clear their credit card dues and loans from other bank accounts.

"Inward IMPS/NEFT services have now been enabled. You can make payments towards YES BANK Credit Card dues and loan obligations from other bank accounts. Thank you for your co-operation," Yes Bank said on Twitter.

Citing its financial health due to bad loans, the Reserve Bank of India (RBI) has placed Yes Bank under moratorium and capped the withdrawal limit at ₹50,000 till April 3.

Prashant Kumar, the RBI-appointed administrator, has said efforts are on to lift the moratorium before the April 3 deadline and it could be lifted as early as Saturday.

Last weekend, the lender had announced that its customers can now make withdrawals using the bank's debit card even at other bank's ATMs.

During the moratorium period, Yes Bank customers can use ATMs and branches to withdraw a total of ₹50,000 from their accounts. The prescribed limit of ₹50,000 is at customer ID level, which means that even if you hold multiple accounts your total withdrawal cannot exceed ₹50,000.

As far as EMIs are concerned, Yes Bank said EMIs will be honoured up to the prescribed limit subject to reinstatement of clearing activities.

Here Is Why The ‘Yes Bank’ Collapsed, And Would Find It Difficult To Recover

IPL 2020 Would Not Be ‘Postponed’ Due To ‘Coronavirus Scare’ Says BCCI President...