The Redmi K20 truly feels more expensive than it actually is. And that is priceless. 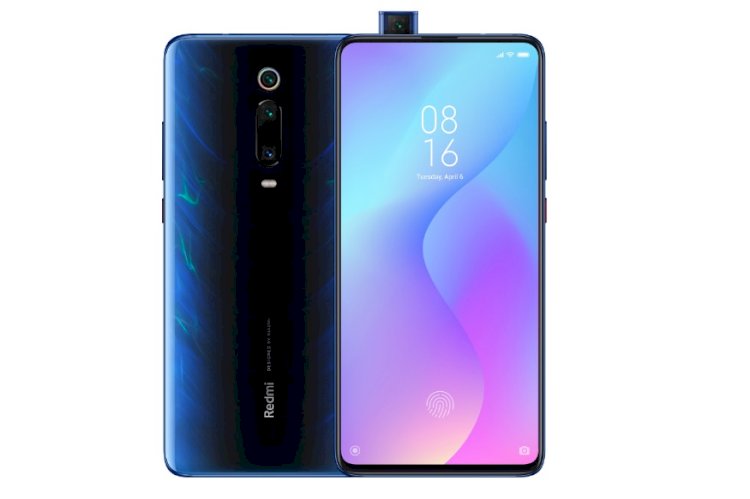 There are only a few certainties in life these days. Day after night, the seasons and taxes. And smartphones. Irrespective of whichever price point you have in mind you’ll be spoilt for choice. As a consumer, that is always a great place to be. For this particular exercise, we shall zone in on Rs 20,000 and whereabouts that you may be willing to spend on a new Android phone. What are your choices? The very competent Samsung Galaxy M40, the Vivo V15 with its pop-up camera or the Oppo F11 Pro with its beautiful design in tow. But hang on. You’ll probably shortchanging your own hard-earned cash if you don’t consider the Redmi K20 by Xiaomi. The K-series is the latest bombshell that the Chinese smartphone maker has dropped in the Indian market, and this line-up includes the slightly more expensive Redmi K20 Pro too.

It is par for the course that Xiaomi is offering the Redmi K20 in the attractive Carbon Black, the very sophisticated Glacier Blue and the bright Flame Red colour options. Just black and white phones don’t do anymore, and these colours do add that personality as well. The Redmi K20 is a phone which is good to hold. The combination of metal and glass does have its advantages, and the good looks is one of them. Yes, you might feel that it is a tad slippery initially, but that is something you just get used to. It weighs 191 grams, but never feels heavy. Snugs well in the hand too, also because the back slightly curves on either side, which goes well with the contours of the hand. Xiaomi has surely put in a lot of thought in the ‘Aura Design’ philosophy to make the phone a visual treat. The back panel, for instance, has a darker hue running down the middle—something that you may think of as racing stripes. And that is even before you see how the light reflects off it. There is USB Type-C, which enables the Fast Charging capabilities and also ticks off the modernity checklist if ever there was one. And there is the good old 3.5mm headphone jack too.

This may not necessarily apply to everyone, but fingerprints are attracted to the Redmi K20 Pro as easily as Romain Grosjean and Kevin Magnussen are attracted to each other on the Formula 1 racetrack, must to the chagrin of team principal Gunther Steiner. Slap a protective case on this, or forever hold your peace.

The 6.39-inch display is what Xiaomi calls Horizon AMOLED. The 2,340 x 1,080 resolution and the Gorilla Glass 5 at the front and back do make up the field. Press the power key, and you are left in no doubt that this is a bright screen. Which is great news if you intend to use this outdoors as well—well, it’s a smartphone, and you would absent-mindedly scroll through a web page or an email as you walk from your car to the office. Once the MIUI interface loads and you start to browse through your favourite apps, flip through photos and maybe catch the latest episode of the Netflix show The Society, you will notice how crisp and vivid this display is. This supports the High Dynamic Range (HDR) as well, as long as your video streaming apps have content which is HDR enabled. In quite liked the versatility of this real estate—it is equally comfortable holding up an e-book for you, as it is when you are watching Netflix or scrolling through the Instagram feed.

Under the hood of the Redmi K20 is a Qualcomm Snapdragon 730 processor, with 6GB of RAM. That is the default state of tune, with the only variation being whether you want 64GB internal storage or 128GB internal storage. This is one of the newest Qualcomm chips, and at no point did I notice any sort of sluggishness or stutters while switching between apps, opening new apps or whatever else it is that one does with a smartphone. One can always point at the spec sheer and claim that Xiaomi could perhaps have played a more powerful processor (read, Snapdragon 855 or something like that), but the fact of the matter is. But I would like to add a car-based yet very rudimentary analogy here. Why do people some buy a hatchback with a 1.2 litre engine instead of a sedan with a 1.5 litre engine, though both cost largely the same amount of money? Purely because the former is more than powerful for their requirements.

In fact, this is one very well optimized version of the MIUI skin wrapped around Android, and that makes all the difference in this melding of the hardware and software to keep things rolling. On the face of it, this isn’t exactly a gaming phone, but you would be surprised. The Game Turbo 2.0 mode boosts the touch response when you are gaming and more resources are assigned to ensure that the Adreno 618 graphics don’t get distracted by any unnecessary piece of information that may want your attention at the time. The result is fairly smooth and detailed graphics and I didn’t notice frame tearing or dropped frames either.

Powering all this brilliance is a 4,000mAh battery. That easily lasts a day and a half with moderate usage and when you are careful about the display brightness. The Redmi K20 supports 18-watt fast charging (the Redmi K20 Pro supports 27-watt Sonic Charge, just to point out the fine differences). If you want to fully utilize these fast charging stats, you will need to buy the fast charger separately—the 27-watt Fast Charger is priced at Rs 999. One could perhaps say that the likes of OnePlus bundle the fast charger with the phone, but then again, you also spend a lot more for those phones.

Then there is the small matter of the cameras. At the back, you have the triple camera setup that consists of a 48-megapixel sensor, a 8-megapixel telephoto lens and a 13-megapixel upper wide angle lens. The primary sensor is Sony IMX582, and all this is in line with the Redmi K20 Pro—except the 4K video recording and the laser autofocus system. All said and done, the Redmi K20 (and indeed the Redmi K20 Pro) are perhaps the best photography phones in the Redmi line-up, thus far. Daytime photos are well detailed, crisp and rich in colour. Portraits are well rendered and macro shots are crisp too. Indoor shots and low light photos do struggle to an extent with the distortions becoming quite visible when you zoom in on a photo. All said and done, these should do the photography bit without really stumbling—and it is great to see Redmi cameras heading in the right direction.

The front facing camera is a 20-megapixel one houses in a pop-up mechanism, which looks great with its LED border. That said, it isn’t the fastest to deploy, aim focus and be ready. That isn’t really an issue with selfies, but can be a bit annoying at times when you use face unlock to get inside your own phone.

As we noted before, there are some really capable phones that you can choose from if you have a budget of around Rs 20,000. But all things considered, we would say that the Redmi K20 should sit at the top of the shortlist. The great design, fantastic display, slick performance and very capable cameras really do tick off the typical checklist that most users may have. The thing is, I felt the Redmi K20 truly feels more expensive than it actually is. And that is priceless.