Why Does Maharashtra Have the Highest COVID-19 Numbers in India?

COVID-19 in Maharashtra: Is it a case of more testing, or are bigger reasons at play. India has nearly 12,000 confirmed COVID-19 cases, as of Wednesday 15 April. Maharashtra accounts for 2687 of this total number. 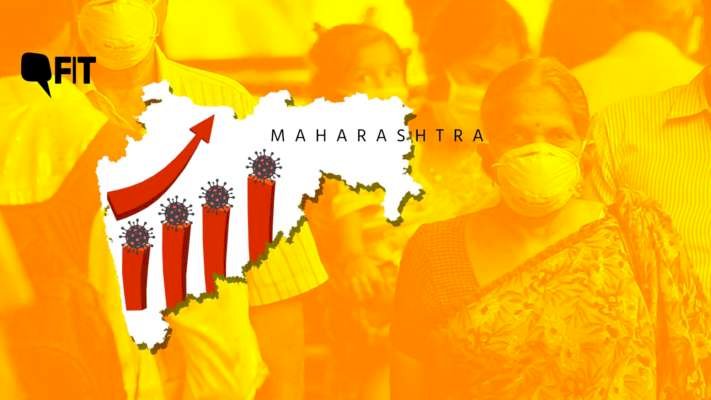 The state holds the unique position of having the most cases and is the only state with deaths in triple digits at 178 according to the Ministry of Health and Family Welfare.

Dr SP Kalantri"The hotspots of Maharashtra are Mumbai, Pune and Thane. None of the smaller, less affluent areas. Across India, in fact, most cases are in the big cities."

This impact on big cities is what was seen even during the time of Spanish flu, says Dr Sumit Ray, critical care specialist in Delhi.

"We should look it at is as Mumbai and Delhi not Maharashtra and the rest of India. There is much more international travel, much more intermingling in tighter urban spaces overall. Mumbai was the place with the maximum Spanish flu and the plague - at that time it was Calcutta and Mumbai - the ports."

Could lack of testing also be at play? Something experts across the world are bemoaning and blaming for lower numbers, Dr Kalantri considers it.

"But you see, I am a physician in a teaching and not-for-profit hospital mainly aimed at providing healthcare to rural and underprivileged people. Even here, I am not seeing many people with symptoms, people are corona conscious but the OPDs are not flooded with people complaining of fever or cold, that is not the case. My area of Wardha has not recorded a single case as of COVID-19 yet."

Child Abuse, Pornography on the Rise in India's COVID-19 Lockdown?

Dr Kalantri added that Kerala gets "full marks for their handling of COVID-19, as they had it all in place - good public healthcare systems, good administration and speed. Ten out of ten, they have managed to deflate not just flatten the curve."

Outside of low testing as a potential major contributor, why is Uttar Pradesh not doing as bad as Maharashtra?

Dr SP Kalantri"Agreed that testing may be low there and we don't have the real data. But assuming that out of every 100 people who develop corona infection, if we go by ICMR statistics, 15% of them would develop pneumonia and 5% would develop serious complications and need to be admitted in ICUs and need ventilation. From these, there would be 10% mortality - but we are not seeing these numbers."

He adds that in every monsoon, hospitals across the country are flooded with dengue, chikungunya and malaria cases. "We don't have enough beds to admit these patients but right now we are not seeing the same thing with COVID-19 patients."

Could this be again due to the strict rules of who can and cannot be tested - and the fears of infection that keep people away from hospitals?

Dr SP Kalantri"Assuming most people who are symptomatic or those who need severe care, at least 20% of them would have to come to the hospital as they are hypoxic and breathless - but we don't see this numbers. I don't know why the virus is behaving so particularly and affecting only certain areas - probably time and more data will tell."

He adds, "The government shares estimated on the situation in Wardha and said that by 15-30 May they expect 450 COVID cases of which 60% are likely to be mild, 20% moderate where patients get pneumonia, need to be admitted and may require oxygen and 20% will be severe and need ICUs."

Dr Kalantri says he is worried about overburdening the hospital system, saying that their estimates mean his hospital needs 90 hospital beds and assuming a patient stays for 10 days that is 900 days.

Dr Kalantri says there are many other potential reasons on why Maharashtra is uniquely affected- from the immense overcrowding, higher number of international travel and late screenings at airports.

Universal screening of passengers started only from 17 March, much after the state saw it's first COVID-19 case in Pune on 9 March.

In one of the daily pressers to the media on 8 April, Lav Agarwal, Joint Secretary, Union Ministry of Health, said, "If cases are detected late, that can also play a role in high numbers of deaths."

Dr Om Shrivastava, infectious diseases specialist at Jaslok Hospital, Mumbai said the numbers could be a result of increased testing.

In Mumbai itself, 20-22000 tests are conducted every day while in the rest of the state the numbers are at around 15,000 according to data from the Public Health Department of the Maharashtra government.

Dr Om Shrivastava"We are testing more and therefore reporting more. We should be testing even more though. Of course, this is only one of several reasons to explain the Maharashtra numbers."

There are two schools of thought on testing explains Dr Kalantri.

"One says, you don't need to test as the disease is all over and most people are infected. 80% will be asymptomatic so let people develop herd immunity. We need to focus efforts to protect vulnerable people."

"The other says, testing is vital - test, test, test like the WHO says. Many countries, most notably South Korea, started extensive testing early on and were able to isolate and treat cases and flatten the curve much sooner."

on Maharashtra warned that the scale of the outbreak would be even worse as many doctors - on condition of anonymity - spoke of the dangerously low levels of testing which painted a skewed picture.

Dr Shrivastava added that to truly determine the reason why Maharashtra is so affected, one would need to conduct a "death audit."

"A fact-finding committee should be appointed when there is a cluster of patients who have succumbed. The data from this can point us in the right direction."

He added that there appears to be a correlation between diabetes patients, and COVID-19 seems to hit men harder but did not comment on the particulars of the state.

Maharashtra is a state that has proactively identified and tested contaminated zones and this could also lead to their increased toll.

ICMR has changed the guidelines and state governments can approve testing centres.

"Kasturba, our hospital, might get approval for running these viral detection tests. We have send 15 samples and they all belong to severe acute respiratory infection (SARI) patients and they have accepted these samples."

Dr SP Kalantri"The numbers tell us that there is a 1 in 50 chance that patients admitted with SARI may turn out to be COVID-19 positive."

Another issue is that the virus remains unknown and so the protocol on dealing with it is constantly evolving. ICMR changed its stance on SARI patients and recommended testing them only recently

"In our country, diagnostic labs are few and far between and the delay in reporting was quite common. There were many administrative logistical problems in getting samples, and transport costs are borne by hospitals," said Dr SP Kalantri.

Can Antibody Testing be the Answer?

Dr SP Kalantri"I have my reservations about antibody testing as they show a false negative in the first week, and this gives a dangerous sense of complacency. Besides, there is a huge logistical issue with repeat testing in India."

He adds that pinning our hopes on this may not work, especially in the current situation. "For the long term, for research and planning these results could be helpful but not for immediate tackling."

One worry Dr Kalantri shares is of conflating COVID cases with cases of dengue or chikungunya as they would have similar symptoms and identification and isolation of COVID would then become terribly problematic.

But for now, he says it is best to observe the virus and keep beds and COVID-19 blocks ready. In his hospital, they have created a 100 bed block with 25 ICU beds and a couple of general hospital beds. Hospitals across the state, and country, are being encouraged to prepare early.

Amazon, Flipkart and other e-commerce websites allowed to deliver non-essential...