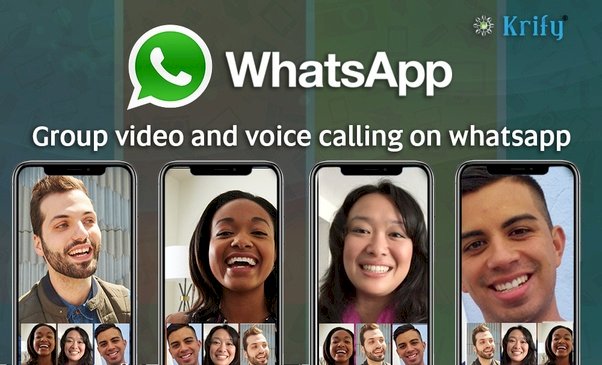 Just days before, WhatsApp confirmed that it was increasing the number of participants to join a video or audio call from four to eight. Since then, the social messaging app had been rolling out several Beta version for both Android and iOS smartphones. However, today, WhatsApp officially launched the update to support video calls with to eight people for iOS.

The release on the App Store for the latest WhatsApp iOS update reads that once the user updates the app, it will bring compatibility for the new video call feature.

The feature has started initially rolling out for iOS users globally today so if you do not find the update on your iPhone yet, you might like to wait a while till it reaches you. Otherwise, you may also uninstall and reinstall the app to see if the update gets enabled on your phone or not.

Once updated, the moment you make a voice or video call, WhatsApp will flash "end-to-end encrypted" message on your phone, which is visible throughout the call you make.

With this update, the Facebook-owned company is eyeing to compete with other rival social media apps such as Zoom, Google Meet, HouseParty and others. Consequently, its parent company, Facebook is also enhancing its video conferencing features with the introduction of Messenger Rooms.

Facebook's Messenger Rooms will enable as many as 50 people to participate in a call, the company said in a statement. It will display a tiled layout of participant videos - up to 16 on desktop and 8 on mobile - a design similar to Zoom. The people joining these calls don’t need to have a Facebook account to take part. Facebook has registered a massive surge in the number of video and audio calls on both WhatsApp and Messenger.

Having a base of more than two billion users, WhatsApp is one of the most popular modes of communication in the world and with this update, it aims to meet the surge in demand for video calling amid the coronavirus outbreak in the world. To install the latest update, simply go to your App Store and update the app.