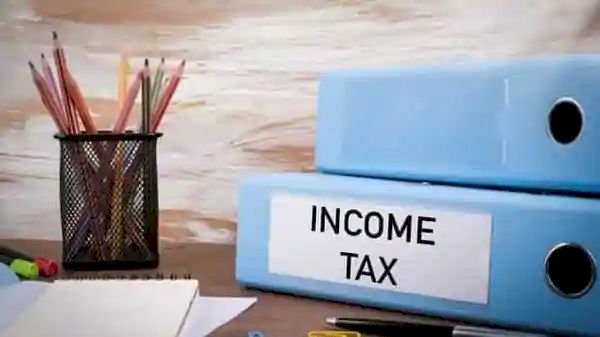 The Union budget 2020 was presented by the finance minister on 01 February with an underlying objective to support the government’s target of India becoming a $5 trillion economy by 2025. Several policy and tax related announcements were made with primary focus on improving the ease of living and the ease of doing business in India.

One of the key proposals was introduction of a direct tax dispute resolution scheme, namely, ‘Vivad se Vishwas Scheme’ which translates to ‘From Dispute towards Trust’, i.e. trust as the basis of partnering with the taxpayers towards building the nation. The scheme proposes to settle direct tax disputes relating to the personal income tax and corporate tax between taxpayers and the tax department. As per government’s records, there are about 483,000 direct tax cases pending resolution before various appellate authorities in India. It is believed that the scheme will help in settling a wide spectrum of these cases and in turn will instil a sense of confidence among the taxpayers and add certainty to the business environment. The scheme was announced against the backdrop of the success of the Dispute Resolution Scheme (announced in July 2019) for litigation related to excise and service tax matters, which resulted in settling around 200,000 pending disputes. The government of India enacted the Direct Tax Vivad Se Vishwas Act, 2020 (‘the Act’) on 17 March 2020 to give effect to this Scheme.

An overview of the scheme

· If a taxpayer elects to take recourse under the scheme, a proportion of the total tax along with interest and penalty needs to be paid (depending on the type of the pending dispute) for full and final settlement.

· The scheme confers immunity from prosecution, penalty and interest in respect of proceedings for which the taxpayer has opted to avail the scheme.

· The Act also provides that the tax disputes so settled cannot be reopened in any other proceeding by the income tax department or any other designated authority.

Applicability of the scheme

The scheme applies to any taxpayer in relation to the tax matters where an appeal is pending before the following appellate authorities as on 31 January 2020:

a) Commissioner of Income-tax (Appeals) (‘CITA)’;

e) Dispute resolution panel (DRP) and cases where directions have been issued by the DRP but no final assessment order has been passed; and

f) Revision petitions filed before the Commissioner of Income-tax.

The scheme covers cases where an unfavourable order has been passed by the appellate authorities and the time limit for challenging the order before a higher authority has not expired as on 31 January 2020.

There are certain circumstances specified within the scheme wherein the taxpayer will not be eligible to opt for the scheme. These include cases where the penalty proceedings have already been initiated against the taxpayer before filing of the declaration, or where assessment has been made based on information received under any tax treaty between India and other countries, or where the dispute relates to payment of equalization levy, etc.

An important element of the scheme is that it also applies to appeals filed against the taxpayer by the Indian Income tax authorities. This can help bring some respite to the taxpayers to achieve resolution to cases where they are bound to litigate due to the appeals filed by the tax department, even where the case has been earlier decided in favour of the taxpayer.

It is worth appreciating that since the announcement of the scheme, the Indian tax administration has proactively obtained stakeholder suggestions and provided clarifications from time to time to make the scheme more taxpayer friendly. The clarificatory circulars have been issued to make the scheme a success.

Disputed tax herein simply means tax on disputed income. It is pertinent to note that in cases where the tax department has gone into appeal before higher authority, the taxpayer will be required to deposit one-half of the amount stated in the above table. Similarly, where the taxpayer has got a favourable decision on a particular issue at a higher forum but an appeal is pending before another authority on the same issue, the taxpayer would be required to pay half of the disputed amount. These provisions in the scheme are expected to benefit a wider section of taxpayers.

Duration of the scheme

Originally when the scheme was launched, settlement under the scheme for payment of disputed tax/ other amount was to be made by 31 March 2020. Thereafter, an additional amount of 10 percent had to be paid if the dispute was settled under the scheme after 31 March but before closure of scheme on 30 June.

Owing to the covid-19 crisis, the deadline for settling disputes without payment of additional amount has been extended to 30 June 2020.

· The government has clarified that making a declaration under the scheme shall not amount to accepting the tax position by the taxpayer and thus will not impact the claims of the taxpayer in other years.

· The scheme also provides for refund in cases where the taxpayer has already paid the disputed taxes which is more than the amount required to be paid under the Scheme.

· Matters which are not covered under the scheme can be reopened by the tax authorities in any other proceeding.

The scheme may prove to be a breather for taxpayers who wish to settle their tax disputes in India and save further costs towards litigation. The taxpayers can settle their cases by paying the disputed taxes and benefit from the waiver of interest and penalty which in many cases could be equivalent or more than the tax amount itself. Settlement under the scheme also provides immunity from prosecution under the Indian tax law in the disputed matter.

Besides other cases, the scheme will be constructive for taxpayers in the following scenarios:

· Where the case relates to earlier years and the consequent interest burden might be high;

· Where the taxpayer is of the view that chances of winning the case at higher authority are low basis the legal tax position existing as of date;

· Where the amount in dispute is low and the taxpayer wishes to save on potential litigation costs;

· Where there are divergent judicial rulings at tax tribunal or high court level; and final verdict at the Supreme Court level will take time

· Where the foreign taxpayer has wound up its business operations in India but is stuck in tax disputes for previous years.

Thus, the taxpayers should evaluate the feasibility of opting for the Scheme for different years where there are pending disputes. Thereafter, a comprehensive cost benefit analysis should be done in terms of determining the probable cash outflows towards payment of tax, interest or penalty vis-à-vis the relief that will be granted under the scheme. Nevertheless, it’s a good one-time option to buy piece of mind if the financial cost is not prohibitive.

Archana Kumar contributed to this story.

EPF interest to be credited soon. 4 easy ways to check...

New clearing process for high value cheques soon. How it...