The Ministry of Road Transport and Highways, in its vehicle scrappage policy released on January 25, approved the scrapping of government vehicles older than 15 years 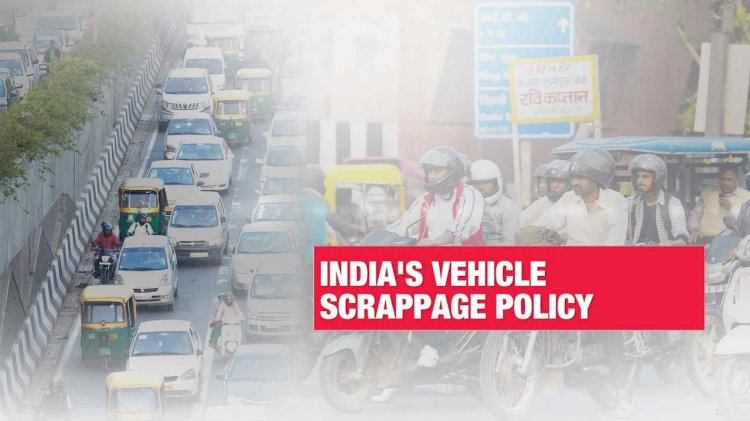 Government vehicles older than 15 years will also be scrapped as per the vehicle scrappage policy approved on January 25, the Ministry of Road Transport and Highways' (MoRTH) has confirmed.

The policy will come into effect from April 1, 2022, reported CNBC TV18. From the aforementioned date, vehicles used by the government departments would be put off service if they are older than 15 years.

Union Road Transport and Highways Minister Nitin Gadkari had, in September last year, said the scrappage policy was one of the top priorities. The move is expected to reduce air pollution while simultaneously spurring demand in the automobile sector.

#BREAKING | Ministry of Road Transport and Highways approves proposal for green tax on old vehicles.#ScrappingPolicy for govt vehicles older than 15 years also approved; to come into effect from April 1, 2022 pic.twitter.com/gsjTbxbhcO

Finance Minister Nirmala Sitharaman had in August 2019 said a scrappage policy is in the works when the slowdown began in the auto industry in the aftermath of the COVID-19 pandemic.

On July 26, 2019, the government had proposed amendments to motor vehicle rules to allow the scrapping of vehicles older than 15 years in a bid to spur the adoption of electrical vehicles.

In July last year, the National Green Tribunal rapped the MoRTH for the delay in issuing guidelines on the scrapping of vehicles.

A bench headed by NGT Chairperson Justice Adarsh Kumar Goel had said a proper mechanism to set up authorised recycling centres compliant with environmental norms was an urgent need given a large number of 'End of Life Vehicles' (ELV).

The draft scrappage policy, whose details were yet to be shared in the public domain by MoRTH, was also expected to offer an incentive to motorists who decide to scrap their old vehicles.

The incentives were expected to be a waiver of the registration fee and a discount on the road tax. The old vehicles would be used in recycling clusters - thereby, cutting the cost of raw materials.

The scrappage policy is expected to boost demand for new vehicles in a COVID-hit economy. It is considered as crucial for the revival of India's auto sector, which was struggling since a year before the onset of a pandemic.

Apart from the above incentives, several disincentives for those retaining old vehicles were also reportedly discussed. The latter, which includes a higher fee for fitness certificates of 15-year-old personal vehicles, was announced through the Green Tax policy.

Meanwhile, the Ministry has also approved a proposal to levy a “Green Tax” on old vehicles which are polluting the environment. The proposal will now go to the states for consultation before it is formally notified.

The main principles to be followed while levying the Green Tax are :

>> Transport vehicles older than 8 years could be charged Green Tax at the time of renewal of fitness certificate, at the rate of 10 to 25 % of road tax;

>> Personal vehicles to be charged Green Tax at the time of renewal of Registration Certification after 15 years;

>> Public transport vehicles, such as city buses, to be charged lower Green tax;

>> Differential tax, depending on fuel (petrol/diesel) and type of vehicle;

>> Vehicles used in farming, such as tractor, harvester, tiller etc to be exempted;

>> Revenue collected from the Green Tax to be kept in a separate account and used for tackling pollution, and for States to set up state-of-art facilities for emission monitoring.