After the amendment, commodities such as cereals, edible oils, oilseeds, pulses, onions and potato are expected to be deregulated 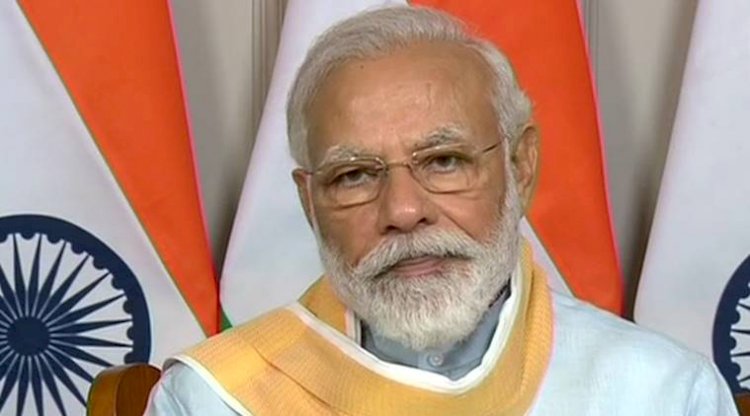 The Act, which empowers government to impose curbs on stocking of farm produce, will be amended to make it in tune with the times and to attract investments into the farm sector.

After the amendment, through the ordinance route, commodities such as cereals, edible oils, oilseeds, pulses, onions and potato are expected to be deregulated.

“This is a visionary step towards transformation of agriculture and raising farmers’ income," agriculture minister Narendra Singh Tomar told reporters adding that there would be no restrictions on farmers on selling their produce to any buyer – a company or individual buyer or a cooperative.

“The freedom to produce, hold, move, distribute and supply will lead to harnessing of economies of scale and attract private sector and foreign direct investment into agriculture sector," Tomar said, adding it will also "help boost investment in cold storages and modernization of food supply chain."

"While India has become surplus in most agri-commodities, farmers have been unable to get better prices due to lack of investment in cold storage, processing and export as the entrepreneurial spirit gets dampened due to hanging sword of Essential Commodities Act," said a background note issued by the government,

“Farmers suffer huge losses when there are bumper harvests of perishable commodities. With adequate processing facilities, much of this wastage can be reduced," the note said.

Last month, finance minister Sitharaman had said that no stock limit will apply to processors or value chain participants following amendment to the Essential Commodities Act. Such limits will be imposed only in exceptional circumstances like national calamities or famine, she had added.

The ECA was created when there were shortages in the country, information and broadcasting minister Prakash Javedekar said today while briefing reporters about the Cabinet's decisions. Today, “there is no question of shortage, today we have excess of production."

Amending the Essential Commodities Act of 1955 is among the measures announced last month as part of reforms to improve infrastructure and logistics facilities needed for giving a big push to the sector, the largest employer in the economy. The announcements were part of the ₹20 lakh crore stimulus package aimed at helping the poor and vulnerable, farmers, small businesses and corporates hit by the coronavirus epidemic

The Union cabinet on Wednesday also approved the Farming Produce Trade and Commerce (Promotion and Facilitation) Ordinance, 2020, Tomar said, adding that this would pave the way for creating One India, One Agriculture Market.

"Farmers in India today suffer from various restrictions in marketing their produce. There are restrictions for farmers in selling agri-produce outside the notified APMC (agricultural produce market committee) market yards. The farmers are also restricted to sell the produce only to registered licensees of the state governments," Tomar said.

Besides this, barriers exist in free flow of agriculture produce between various states due to various APMC legislations enacted by the state governments, the minister said.

The ordinance seeks to "create an ecosystem where the farmers and traders will enjoy freedom of choice of sale and purchase of agri-produce. It will also promote barrier-free inter-state and intra-state trade and commerce outside the physical premises of markets notified under State Agricultural Produce Marketing legislations. This is a historic-step in unlocking the vastly regulated agriculture markets in the country," Tomar said.

"It will give farmers more choice, reduce marketing costs and help them in getting better prices. It will also help farmers in regions of surplus produce to get better prices and consumers of regions with shortages. The ordinance also proposes an electronic trading in transaction platform," the minister added.

According to the government note cited above, "Indian agriculture is characterized by fragmentation due to small holding sizes and has certain weaknesses such as weather dependence, production uncertainties and market unpredictability. This makes agriculture risky and inefficient in respect of both input and output management."

The ordinance "will empower farmers for engaging with processors, aggregators, large retailers, exporters etc. on a level playing field without fear of exploitation. It will transfer the risk of market unpredictability from the farmer to the sponsor and also enable the farmer to access modern technology and better inputs. It will reduce cost of marketing and improve income of farmers," the note said.

It will also attract private investment for building supply chains for supply of Indian farm produce and help farmers access technology and advice for high value agriculture, it said.

"Farmers will engage in direct marketing thereby eliminating intermediaries resulting in full realization of price. Farmers have been provided adequate protection and effective dispute resolution mechanism has been provided for with clear time lines for redressal," it added.