NEW DELHI: The Centre on Thursday eased norms to offer 50% of salary for three months as unemployment allowance to lakhs of workers who are members of the Employees State Insurance Corporation and lost their jobs due to the coronavirus pandemic. 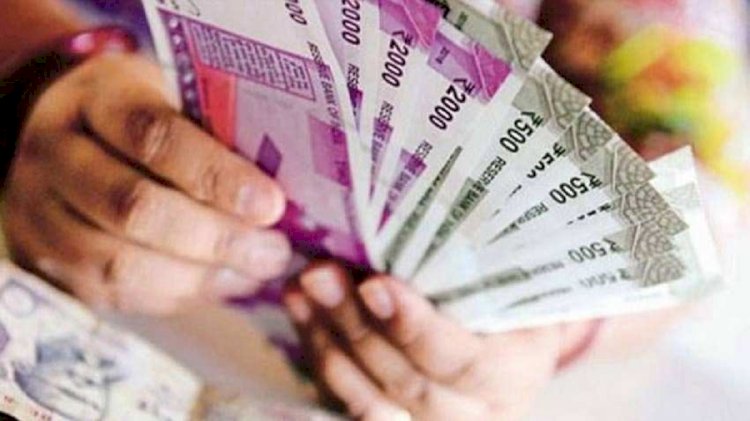 NEW DELHI: The Centre on Thursday eased norms to offer 50% of salary for three months as unemployment allowance to lakhs of workers who are members of the Employees State Insurance Corporation and lost their jobs due to the coronavirus pandemic.
The move comes as a major relief for industrial workers, who have lost jobs or are on the verge of losing jobs due to the impact of the pandemic and the lockdown, which had stalled economic activity. There have been demands from several sections to provide wage relief to workers hit hard by the pandemic. In fact, at least two months ago, the finance ministry and Niti Aayog had demanded that the rules be eased.

V Radhakrishnan, member of the ESIC board and national executive member of Bharatiya Mazdoor Sangh, said the move will benefit around 30-35 lakh workers and provide relief to those who have lost jobs.

The liberalised scheme has been introduced by modifying the Atal Bimit Vyakti Kalyan Yojana scheme. The ESIC scheme covers workers earning up to a specified limit and also entitles them to unemployment allowance.

Under the scheme, relief to the extent of 25% of the average per day earning during the previous four contribution period is paid up to a maximum 90 days of unemployment once in a lifetime subject to certain conditions. This has now been raised to 50%.

The conditions stipulate that the insured person should have been rendered unemployed during the period relief is claimed. He or she should have been in insurable employment for a minimum period of two years immediately before his/her unemployment.

It also says that the insured person should have contributed for at least 78 days during each of preceding four contribution periods.

Sources said the earlier condition was the claim had to be submitted through the employers but now conditions have been eased to allow workers to approach the ESIC office to get the claim.

Instead of the relief becoming payable 90 days after unemployment, it shall become due for payment after 30 days.
The ESIC has decided to extend the scheme for one more year up to June 30, 2021. The decisions were taken at a meeting of the ESIC headed by minister of state for labour Santosh Gangwar. The meeting also decided to set up ICU and HDU services at 10% of total beds in ESIC hospitals, a government statement said.

India to resume air travel with over a thousand flights...