As per the Supreme Court order, the Aadhaar work through CSCs was discontinued in December 2018 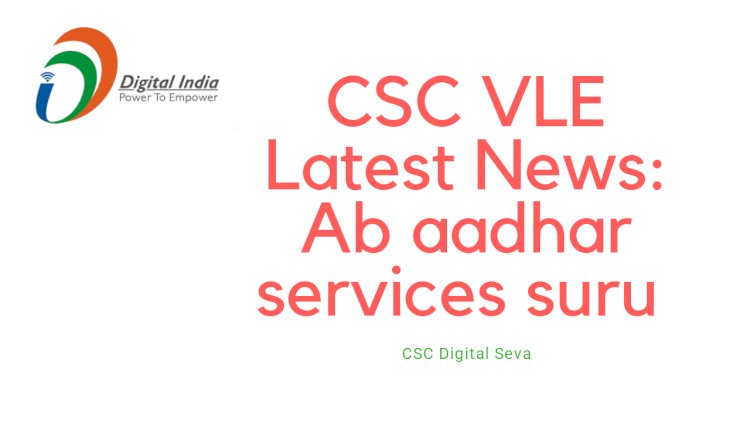 New Delhi: In a major relief to rural population, the Unique Identification Authority of India (UIDAI) has allowed the Common Service Centre, an SPV (special purpose vehicle) under the Ministry of IT and Electronics, to start the Aadhaar updation facility at 20,000 centres that operate as Banking Correspondents (BCs).

"To make Aadhaar updation easier, the UIDAI has permitted CSCs that are designated as BCs to offer Aadhaar update services. Around 20,000 such CSCs will now be able to offer the service," said Union Telecom, MEITY and Law Minister Ravi Shankar Prasad, on Monday.

"I would like the CSC's village-level entrepreneurs (VLEs) to start the Aadhaar work as per the UIDAI instructions. This facility will help a large number of rural people to get Aadhaar services closer to their homes," Prasad said.

The UIDAI has set the June deadline for start of work after CSCs with banking facilities upgrade their infrastructure and get other necessary approvals.

Dinesh Tyagi, CEO of the Common Service Centre, has asked all BCs to finish technical and other upgradation work, which the UIDAI had asked for, to start Aadhaar updation the earliest.

As per the Supreme Court order, the Aadhaar work through CSCs was discontinued in December 2018. Since then there has been a demand from the VLEs, running over 3.5 lakh CSCs, to start the Aadhaar enrolment work as they had invested in the Aadhaar kits and had trained manpower.

The CSCs had generated 20 crore Aadhaar cards, before it was discontinued.

"Apart from 20,000 BCs, over 30,000 CSCs are delivering banking service using AePS (Aadhaar-enabled payment system). About 1.2 lakhs AePS transactions worth ₹20 crore are taking place a day. This is helping farmers, Jan Dhan account holders, pensioners, Ujwala beneficiaries in withdrawing the amount, transferred to their accounts by the government through DBT," said Tyagi.

Modi interacts with CMs on covid crisis, most favour lockdown extension in affected...

One Person Can Order Aadhaar PVC Cards Online for Whole...