President Donald Trump said US and India were cooperating to develop a vaccine for coronavirus that has claimed over 307,000 lives and infected more than 4.5 million people globally. 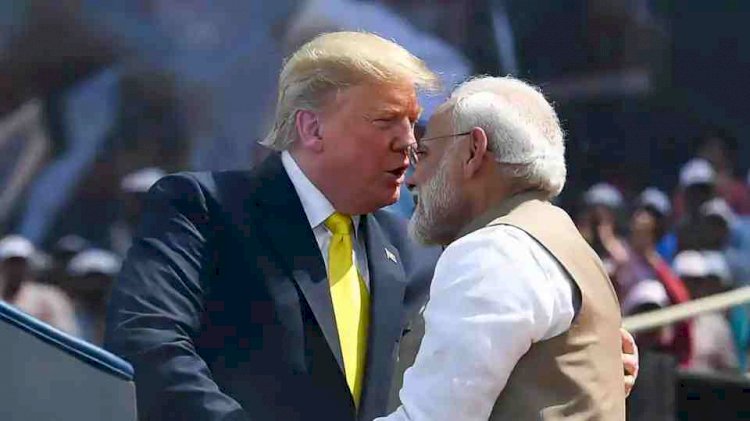 “It has been indicated that the consignment will arrive by the end of this month or latest, early June,” a government official said. Each of these mobile ventilators is estimated to cost $ 13,000 (Rs 9.6 lakh at current exchange rates) without accounting for the transportation costs. In all, the ventilators will cost about $ 2.6 million (or Rs 192 million) plus freight charges.

US President Donald Trump had announced the decision to send the ventilators on Twitter to underline close relations between the two countries. The gesture coincides with reports of India’s 85,700 coronavirus cases surpassing the tally of China (82,933), the country where the outbreak began.

“We stand with India and @narendramodi during this pandemic. We’re also cooperating on vaccine development. Together we will beat the invisible enemy!” President Trump said.

Trump reiterated the point at his Press conference moments later, referring to his India visit in February, the role played by Indian expatriates in the US and describing Prime Minister Narendra Modi as a “good friend of mine”.

“We are working closely with India,” he told reporters.

Trump also said the US and India were cooperating to develop a vaccine for coronavirus that has claimed over 307,000 lives and infected more than 4.5 million people globally since it emerged in China in December last year.

The US move comes weeks after Prime Minister Modi acted on Trump’s request to reverse a ban on export of hydroxychloroquine, a malaria drug that was championed by the US President as a “game changer” in the fight against the coronavirus. Hydroxychloroquine, or HCQ, is being used in India as a prophylaxis for health workers at the frontline of the country’s response to the epidemic.

It also comes against the backdrop of growing congruence of views between the two countries on accountability and transparency on the origin of the coronavirus, reforms in the World Health Organisation led by Tedros Adhanom Ghebreyesus and even strategic issues such as terrorism and the situatio in the Indo Pacific.

For weeks, Trump has roasted the WHO for allowing itself to be led by China’s assessment of the virus when the disease was detected in central China’s Wuhan city last year. There have also been accusations from Washington that the Sars-CoV-2 virus may not be natural and may have been created in a laboratory, a possibility that was echoed this week by PM Modi’s cabinet colleague Nitin Gadkari in a media interview.

That the two sides are on the same page on China and WHO also came across at a seven-nation video conference initiated by US Secretary of State Mike Pompeo. There was broad agreement on the need to stress on transparency and accountability for the spread of the disease that has killed over 3 lakh people worldwide. The emphasis on transparency and accountability at this meeting attended by Foreign Minister S Jaishankar is seen to be aimed at China and the WHO that is due to hold its annual meet on Monday.