The Union Health Ministry said on Tuesday that if no Covid-19 case is reported for 28 days from a specific area, only then we can say that we have been successful in breaking the chain of transmission of the dreaded virus. 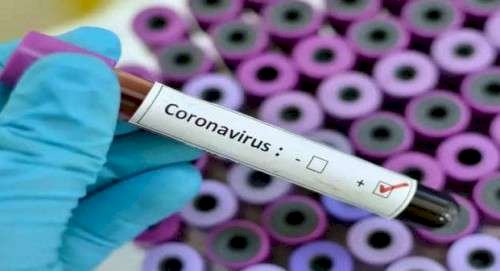 In response to a query on the logic behind extending the nationwide lockdown till May 3, Lav Agarwal, Joint Secretary at the Health Ministry, said "Our major effort is to break the chain of transmission. If there are no cases reported for 28 days from a particular are or the last negative case is reported 28 days ago, then we believe that the chain of transmission has stopped as cases have stopped coming."

He insisted that the extension of the lockdown, coupled with social distancing as a behavioral change, is important to break the chain of transmission. The 28-day period has originated from the Ministry of Health and Family Welfare's containment plan. According to this, the containment plan would only be scaled down if no Covid-19 case confirmed by a secondary laboratory is reported from the geographic quarantine zone for at least four weeks after the last confirmed case has been isolated and all his contacts have been traced for up to 28 days. "The containment operation shall be deemed to be over 28 days from the discharge of the last confirmed case (following negative test as per the discharge policy) from the designated health facility, i.e., when the follow up of hospital contacts will be complete," said the ministry in a strategy document. The Cluster Containment Strategy would be to contain the disease within a defined geographical area by early detection of cases and breaking the chain of transmission. Responding to a query on India lagging behind on the testing front as compared to other countries, an Indian Council of Medical Research (ICMR) official said that if somebody is eligible for testing, then he/she will certainly be tested. "If we are not able to find people to test for the disease, it shows that the number is falling or the number is low. It is difficult to say. We don't say no to anybody for testing," the ICMR official said. Agarwal added that tests are done in accordance to the sampling criteria. "If we test randomly, then our testing kits would not be utilised for the people who need to be tested. We have also increased our sampling zone -- patients with severe acute respiratory infections (SARI) have been included. We have also introduced rapid diagnostic kits in the field. We have expanded the overall process of testing," Agarwal said. The Union Health Ministry on Tuesday reported another 1,211 confirmed cases and 31 deaths in the last 24 hours. The ministry also said that India has 602 dedicated Covid-19 hospitals having 1,06,719 isolation beds and over 12,000 ICU beds. It said that advanced screening procedures prior to January 30 have played a major role in managing the deadly infection in the country. Agarwal said the total number of confirmed cases in India is now at 10,363, while 1,035 have been cured and 339 succumbed to the dreaded virus. Currently, there are 8,988 active cases in the country. "We are also expanding testing through rapid diagnostic kits," added Agarwal. The ICMR official said that 2.31 Lakh samples have been tested for coronavirus so far with 21,635 testing being done in the last 24 hours.

Banks told to credit 'interest on interest' to borrowers,...