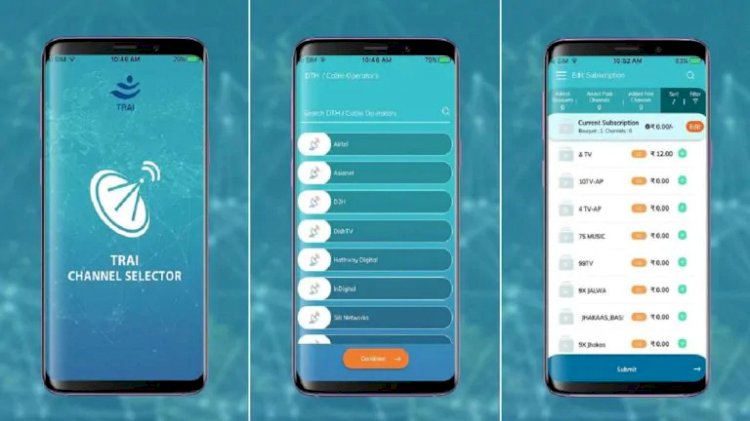 NEW DELHI : The Telecom Regulatory Authority of India (Trai) has announced the launch of a new channel selector app for all television subscribers across DTH (direct-to-home) and cable services to be able to view, modify and optimize channel packs irrespective of their distribution platform. Available on iOS and Google Play Store, the app currently has four DTH operators, Tata Sky, Dish TV, d2h and Airtel TV and four MSOs (multiple system operators), Hathway, SITI Networks, In Digital and Asianet on board. Trai said these together make up around 50% of the TV subscriber base.

Twelve other MSOs are in the process of coming on board, it added. the launch of Trai Channel Selector app, which was scheduled in April, had to be stalled because of the covid-19 pandemic and the fact that many distribution providers were working with skeletal staff.

“We have to realize that things become easier when they are standardized and transparent," Trai chairman RS Sharma said. “Our objective is to facilitate the consumer which in turn, will be in the long-term interest of all stakeholders."

Using the app is a four-step process. The consumer starts by selecting their DTH or cable operator from a list provided, logs in by entering details such as mobile number, subscriber ID or set top box number and views their current account summary to add or delete channels of their choice and review the subscription to finally submit it. The app helps the user to optimize their subscription plan before it is sent to the distribution platform to get the selected list of channels for the same or a lower price and provide value for money, the regulatory authority said. While individual operators facilitate such processes on their own websites and apps too, Trai said the idea was to bring everyone on a common, transparent interface.

“Trai's channel selector app is a move in the right direction. It gives power into the hands of consumers, literally. Since the introduction of NTO, SITI has facilitated the power of choice to its customers through our website," Anil Malhotra, CEO, SITI Networks Ltd said.

A Tata Sky spokesperson said that its customers can manage their packs very easily through the Tata Sky website or app and that the Trai channel selector app will simply allow them another channel of access.

Sharma said the regulator is not interested in running a commercial venture and all DPOs are free to develop their own apps too. He also clarified that the app will not infringe on users’ privacy in any way, the only information shared will be what they choose to, with their service provider and based on the channels they wish to view.

Trai had made similar provisions on its own website after the introduction of the new tariff order (NTO) in 2019, according to which, consumers could choose the TV channels they want to watch and pay only for them at maximum retail prices (MRPs) set by broadcasters, instead of the pre-set bouquets offered earlier.

The new tariff order was expected to make channels cheaper for the consumer and offer more choice. However, on ground, the opposite happened as the cost of like-to-like channel options went up. To bring down the cost of entertainment for the end consumer, Trai announced amendments to the NTO. As part of the new amendments, the cap on the MRP of individual channels, which can form part of any bouquet, was reduced to Rs.12 from Rs. 19 per month. The regulator also sought to impose twin conditions for bouquet formation, effectively introducing a cap on bouquet pricing. Trai said it was important for these regulations to be conveyed in a customer-friendly manner.

“We will continue to update the app based on the feedback we get from consumers," Sharma s

Govt to offer 50% of three months’ salary as unemployment... Need money suddenly? Get loan against your bank account...