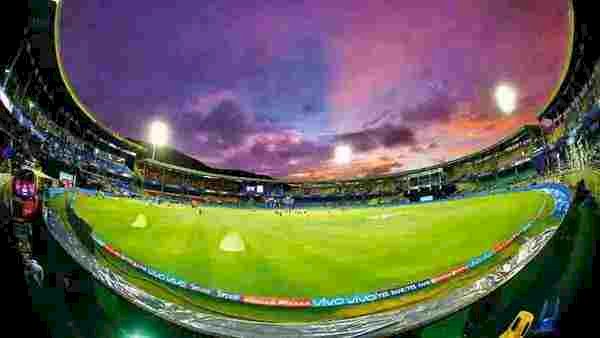 NEW DELHI : Tata Sons is leading the race to bag the title sponsorship of the Indian Premier League (IPL), a month before its scheduled start in the UAE. Others in the race include Patanjali Ayurveda and Jio, besides e-learning platforms Byju’s and Unacademy and fantasy sports firm Dream11. All the companies have submitted the expression of interest (EOI) with the Board of Control for Cricket in India.

The choice of sponsor will not be based solely on the highest bid submitted, but will depend on the impact the winning company will have on the league’s brand value.

Brand experts said a legacy firm, such as Tata Sons, is likely to add positive value and an element of nationalist pride to the homegrown tournament as opposed to startups, which have foreign investments and relatively low brand equity.

“Tata Group is a legacy firm with a diverse set of interests in various categories. Considering that all companies are willing to pay upwards of ₹200 crore, the best among equals would be Tata Sons, as it is a non-controversial brand. It has heritage, a squeaky clean image and size to its advantage," said Harish Bijoor, brand strategy specialist and founder, Harish Bijoor Consults Inc. The IPL title sponsorship bids are going to be watched closely by all because of the anti-China backlash, which led to the BCCI and Chinese smartphone maker Vivo to mutually pause the sponsorship deal for this year.

Vivo has been paying ₹440 crore annually for the last two years for the sponsorship. Therefore, it is imperative for the BCCI to display that it is clear about picking a homegrown firm as the title sponsor. The three internet startups in the title sponsorship race have foreign investments with Dream11 having raised funds from Chinese firm Tencent Holdings. Meanwhile, Baba Ramdev-promoted Patanjali Ayurveda Ltd has been recently embroiled in a controversy over its immunity booster kit Coronil and was accused of flouting clinical trial norms. It also doesn’t seem to have a perfect fit with brand IPL.

Jio, owned by Reliance Industries Ltd, has a conflict of interests, as the parent owns an IPL franchise—Mumbai Indians. Amid this chaos, Tata Sons seems to emerge as a safe bet. “Moreover, the 202-20 cricket league will gain a lot by Tata imagery. Between the two homegrown companies the legacy of Tata trumps Patanjali by a fairly large margin," Bijoor added. The brand value of IPL stood at $6.8 billion in 2019 up 7% from 2018, according to consultancy firm Duff and Phelps.

What extension of the tax amnesty scheme, Vivad se Vishwas,...