The idiot box is no longer just that, when Sony is putting forward a formidable set of features. 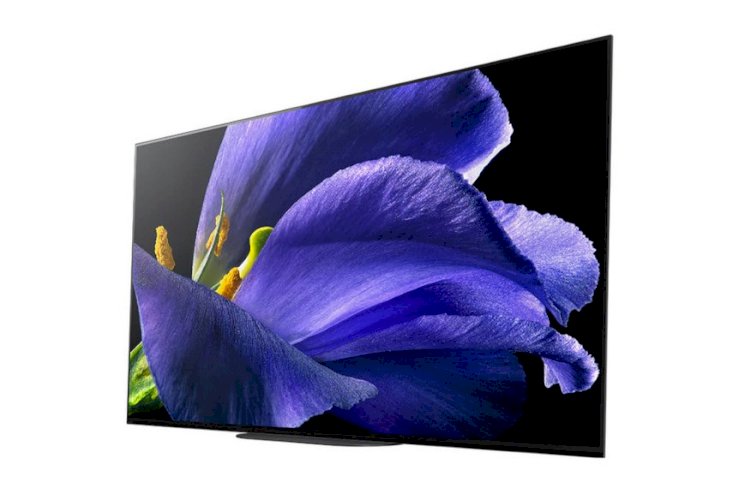 The name may be a mouthful, Sony Bravia A9G OLED Master Series, but the facts are very simple. This is Sony’s latest flagship TV, and as one would expect, there is a whole lot of tech quotient, futuristic vision and a formidable set of features designed for the TV viewing experience in your living room. And all this finesse and futurism isn’t new at all. Sony has done this regularly for the past couple of years—the rivals, including LG, expend all their energies to make a OLED TV that in their dictionary is the best they can do. Perhaps Daniel Ricciardo in a Renault F1 car around the street circuit in the beautiful location that is Monaco. And then there is Sony, which waits and watches, and then simply resets the benchmark with a shrug. A bit like Lewis Hamilton breezing past the aforementioned Renault. Not to say the Renault (in this case LG) is bad or inferior, but the Mercedes of Hamilton (in this case, Sony Bravia TVs) are just so much better in every single way.

The new Sony Bravia A9G OLED Master Series is being sold in two screen sizes—a 55-inch option and a 65-inch option. And well, these do cost pretty penny. The 55-inch one is priced at Rs 2,99,900 while the 65-inch TV costs Rs 4,19,900. The premium is for the sheer brilliance in the way the hardware and the software define the user experience.

A TV is supposed to look good, sitting in your living room. The Sony Bravia A9G OLED Master Series surely does. Minimalism is the underlying theme with the low-slung positioning with the table-top stand and the very thin frame around the screen. The stand is centrally mounted (which I love compared to TVs that have the table-top stands on the sides) and there is barely any gap between the panel and the stand. The display angles back slightly, which is the sort of relaxed viewing position that has become standard with Sony’s flagship TVs. The biggest testament to the attention to detail is the cable management system at the back, which is great if you wish to route the cables through neatly and not have a heady mess behind the TV. And with a TV so beautiful, you better keep it clean at the back too—anyone who comes home would inevitably have their interest piqued and could pop their head round the back too.

One of the reasons why Sony has managed to keep the Bravia A9G OLED Master Series so slim is because there are no speakers on this TV, except two rear mounted woofers. The technical term is Acoustic Surface Audio+ and basically, this means that the sound emerges from within the depths of the display itself. There are actuators placed behind the display panel, which vibrate the screen and produce sound. The soundstage as the motorcycle with the beautiful Emma Roberts navigating the busy streets of New York, the sound of the waves and the fluttering of the bird as Blake Lively attempts to survive a shark attack in The Shallows and the sudden eruption of gunfire in Yankee are all reproduced with pristine detail and conviction, and that perhaps is a fine testament to the versatility and the depth that the Acoustic Surface Audio+ is able to reproduce. The smallest of details, often lost on most TV speakers, are found in all the audible glory here—the shell casings falling to the ground as the gunfight erupts, the crackle of an engine or the crisp sound of the ball hitting a cricket bat are very much given as much importance as the elements at the forefront. The Sony Bravia A9G OLED Master Series is Dolby Atmos audio capable as well, which is great news for those who do the Netflix binge routine regularly. The soundstage, the detailing as well as powerful enough lower frequencies make for a complete audio experience, irrespective of the content that you watch. And that includes those incredibly shouty news debates. If there is one thing that I couldn’t shrug off, it is the feeling that the audio level for same content played back on the Bravia A9G OLED Master Series is slightly lower compared with any other flagship TV—and you must reach for the remote to push up the volume a bit.

The 55-inch and 65-inch OLED panels tick off the checklist—4K (3840 X 2160 resolution), HDR support (HDR10, Dolby Vision and HLG), HDR Gaming, Triluminos Display and the brilliant Picture Processor X1 Ultimate image processing. Top notch foundations then. It is not just the hardware that is totally befitting of an expensive TV that shall sit as the masterpiece in your living room. The software and the lesser seen side of things seems to be up for the job too. There is the updated Pixel Contrast Booster that improves the detailing. The Super Resolution feature is more object based and identifies as well as analyses individual objects in the scene on the screen at the time and then goes about improving the colour reproduction, sharpness and even detailing in shadow areas by adding another layer of virtual pixels if need be. The net result is that this TV pretty much redefines the viewing experience, across the board. Inky blacks are a solid foundation for everything that comes later.

Straight out of the box, I could perhaps point out that the picture settings are a tad on the more subdued side. But head into the detailed picture settings, and this can be set right in a jiffy. I have always appreciated the granular controls that Sony offers for picture settings, something that many TV brands simply don’t give much attention to for some reason. It is not just the modes such as Standard, Cinema and Game, but also detailed settings for black level, resolution, motion and contrast that really make a difference when you would set about getting just the perfect picture settings to enjoy the movies. The Bravia A9G OLED Master Series does very well as you would cycle through a variety of standard definition (SD) and high definition (HD) content as well as HDR and non-HDR content. Irrespective of the source, this panel does a fantastic job of it. Standard definition content is scaled up and, in a way, that it actually looks crisper and more vivid than most other TVs of this screen size. High definition content is what this laps up brilliantly, and churns out really sharp, well detailed and accurate colours. To be honest, Peppa Pig and Baby Shark never looked this good on any other television over the past year or so!

But and this is not a surprise, that the Bravia A9G OLED Master Series really turns on the style with True 4K HDR content. Your nearest port of call for that would be Netflix, and it is just incredible fun watching the vivid action of Netflix Original Yankee unfold on this screen. There is that depth in visuals which is usually not visible with a lot of other TVs, and the credit has to go to the image processing arsenal that Sony has working in the background. Motion clarity remains Sony’s strong point—irrespective of whether you like that extra fluidity to go with the on-screen visuals or not. Unlike a lot of other TVs that tend to mess around with the actual visuals, the Bravia A9G OLED Master Series does nothing of that sort. Even when set to maximum, I did not see any ghosting of a cricket ball as it skated across the green grass after Ben Stokes gave it mighty heave-ho in the Ashes test matches against Australia. You might want to tone this down a bit for TV shows, but I kind of like the fluid motion appeal with movies and sports, including Formula-1.

There is no doubt that the Sony Bravia A9G OLED Master Series is brilliant. In fact, I am struggling for adjectives to express how brilliant this TV is. It really doesn’t have any faults, especially no deal-breakers. Except perhaps that you may not be rich enough to afford one. I am not rich enough too, safe to say. Which is neither Sony’s fault, nor the Bravia A9G OLED Master Series’ fault.

Preorders of Apple iPhone 11 on Amazon Start at Rs 51,700 with All Discounts