The solar eclipse will continue for around six hours today. The annular phase (the ring of fire) will start at 10.19 am and end at 2.02 pm. 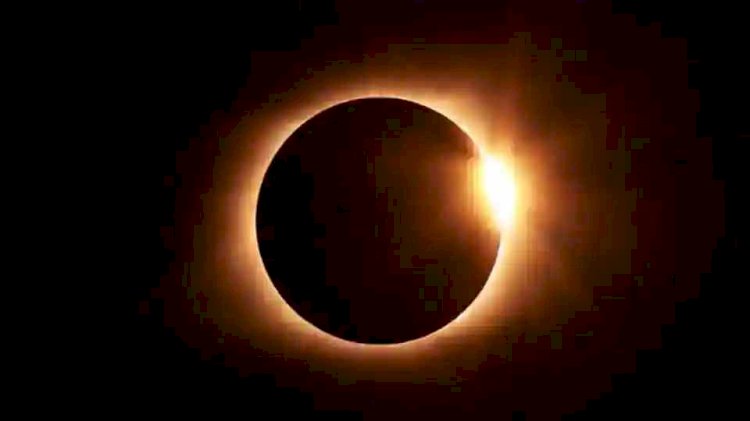 Skywatchers along a narrow band from west Africa to the Arabian Peninsula, India and southern China will witness on Sunday a dramatic “ring of fire” solar eclipse.

“Close to noon, for a small belt in north India the eclipse will turn into a beautiful annular (ring-shaped) one since the Moon is not close enough to cover the Sun completely,” the Astronomical Society of India said on Saturday.

“Places like Delhi will be dark for 5-7 minutes from 11 to 11.30 pm,” said Arvind Paranjpye, the Director of the Nehru Planetarium in Mumbai.

The parts of northern India where the annular phase (ring of fire) of the eclipse will be visible are Dehradun, Kurukshetra, Chamoli, Joshimath, Sirsa, Suratgarh. From the rest of the country, it will be visible as partial solar eclipse.

A solar eclipse occurs when the moon, earth and sun come in a straight line, with the moon between the earth and the sun.

However, unlike a full solar eclipse when the sun is entirely covered by the moon for a brief period, during the annular eclipse, the angular diameter of the moon falls short of that of the sun and it fails to cover up the latter completely. As a result a ring of the sun’s disk remains visible around the moon. Hence, an annular solar eclipse is popularly known as ‘ring of fire’.

Today’s celestial event will is coinciding with the summer solstice which is the longest day in the Northern Hemisphere. Here are the tips issued by the government for those who want to watch the eclipse:

• Do not use sunglasses, goggles, exposed X-ray sheet or lampblack over a glass. They are not safe. Nor is viewing the Sun’s image on the surface of the water. Only Welders glass number13 or number 14 can be used to see the Sun directly with naked eyes.

• You can make a pinhole in a card sheet and hold it under the Sun. At some distance, keep a screen of white paper. The Sun’s image can be seen on this sheet. By adjusting the gap between the sheet and the screen, the image can be made larger.

• Look at the shadow of a bush or a tree. With the gaps between the leaves acting like a pinhole, numerous images of the eclipsed Sun can be seen on the ground.

• You can use a strainer for making pinhole images.

• Cover the ‘compact’ makeup kit mirror with black paper, with a small hole at the centre. Reflect the image of the Sun on a distant wall in shadow. You can get a projected image of the eclipsed Sun.

UP lockdown: What if you are planning to travel across...