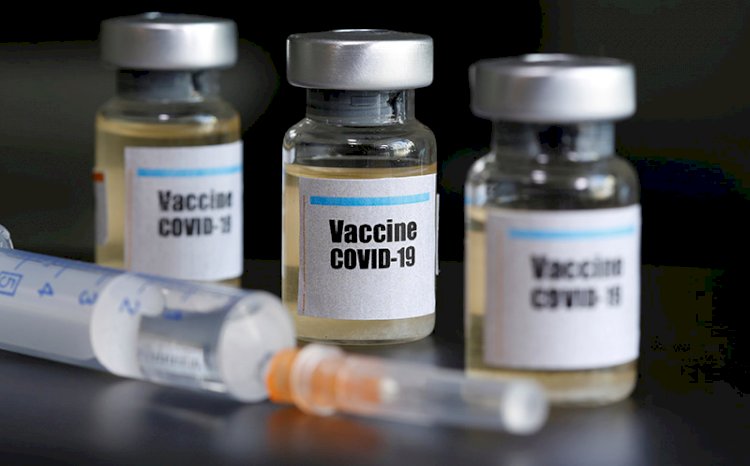 A vaccine for the novel coronavirus is unlikely to be ready for mass use before 2021, says a top Indian scientist

New Delhi: Six Indian companies are working on a vaccine for COVID-19, joining global efforts to find a quick preventive for the deadly infection spreading rapidly across the world, says a top Indian scientist.

Nearly 70 ‘vaccine candidates’ are being tested and at least three have moved to the human clinical trial stage, but a vaccine for the novel coronavirus is unlikely to be ready for mass use before 2021.

As COVID-19 infects more than 1.9 million in the world and claims 1,26,000 lives, Indian scientists are also part of the global fight against the disease.

Kang is also vice chair of the Coalition for Epidemic Preparedness Innovations (CEPI), which noted in a recent study that the “global vaccine R&D effort in response to the COVID-19 pandemic is unprecedented in terms of scale and speed".

But it is a complicated process with many stages of testing and many challenges, explained experts. A vaccine for the new coronavirus, SARS-CoV-2, may not take 10 years that other vaccines do but it could be at least a year before it is proven safe, effective, and made widely available, they said.

“Vaccine development is a lengthy process which often takes years, with many challenges," said E. Sreekumar, chief scientific officer at the Rajiv Gandhi Centre for Biotechnology (RGCB) in Kerala.

“Generally, vaccines take several months to pass the different stages of testing, and then approvals also take time. For COVID-19, we don’t expect a vaccine to come in this year," agreed Rakesh Mishra, director of the CSIR-Centre for Cellular and Molecular Biology (CCMB) in Hyderabad.

Vaccine testing typically begins with animal and lab testing before going on to different stages of human testing.

“The human testing phase is composed of many phases," Sreekumar told PTI.

“Phase one trials are small-scale, usually involving few participants, to assess whether the vaccine is safe for humans. Phase two trials often involve several hundred subjects, and mainly evaluate the efficacy of the vaccine against the disease," he said.

The final phase involves thousands of people to further assess the efficacy of the vaccine over a defined period of time, and can last several months, Sreekumar said.

“That is why we don’t see a vaccine coming in at least a year from now."

Even after the vaccine is ready, he explained, there are a lot of challenges, including whether the vaccine is effective in all populations, and if it can be used for different strains of the novel coronavirus, which might start mutating as time passes.

“There are lots of vaccines which are being tested for COVID-19, some of which are in the stage 1 clinical trial," Mishra added.

“But we still don’t know how fast they will proceed towards a vaccine and they can take several months to reach any point," he said.

According to the World Health Organization (WHO), three vaccine candidates are in the clinical testing phase, meaning they are able to be tested on humans, while nearly 70 are in the preclinical phase -- either in lab testing, or animal studies.

Though Kang named six companies, the WHO has listed only Zydus Cadila and Serum Institute from India as among the global firms working on a COVID-19 vaccine.

As of April 8, 2020, said CEPI, the global COVID-19 vaccine R&D landscape includes 115 vaccine candidates, of which 78 are confirmed as active and 37 are unconfirmed.

Of the 78 confirmed active projects, 73 are currently at exploratory or preclinical stages, noted the CEPI team in an analysis published in the journal Nature reviews drug Discovery last week.

Others in this list include LV-SMENP-DC and pathogen-specific aAPC from Shenzhen Geno-Immune Medical Institute in China.

Numerous other vaccine developers have indicated plans to initiate human testing in 2020, the CEPI scientists said.

This allows developers to use groundwork already created in research for vaccines for those viruses.

Australia’s national science agency CSIRO announced earlier this month that it has begun preclinical tests of a vaccine developed by Oxford University in the UK.

A striking feature of the vaccine development landscape for COVID-19 is the range of technology platforms being evaluated, including nucleic acid (DNA and RNA), virus-like particle, live weakened virus, and inactivated virus approaches.

The CEPI noted that many of these platforms are not currently the basis for licensed vaccines, but experience in fields such as oncology is encouraging developers to exploit the opportunities that next-generation approaches offer for increased speed of development and manufacture.