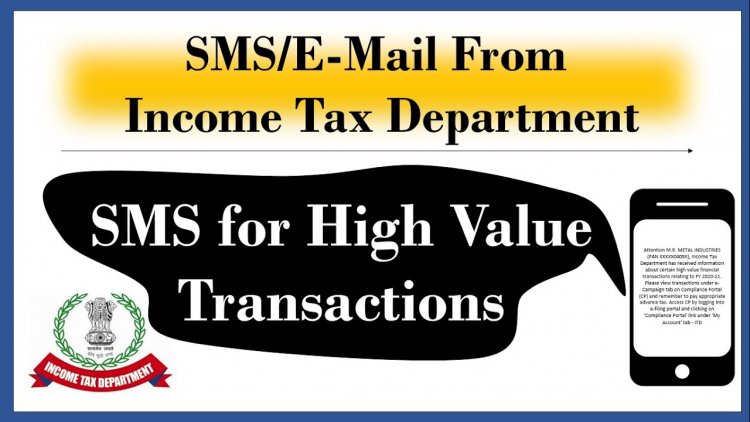 Taxpayers should remain alert about six categories of high-value transactions, especially those done in cash, as the Income Tax Department has become highly vigilant, according to tax experts.

Banks, intermediaries, and other establishments will report high-value transactions of all customers to the Income Tax Department and non-reporting of the same will result in notices being issued, Abhishek Murali, Chairman Direct Taxes Committee, Southern India Regional Council of Institute of Chartered Accountants of India.

Six categories of high-value transactions will come under the scrutiny of the Income Tax Department. This includes all cash deposits aggregating to ₹10 lakhs or more during the year, which would be reported by commercial and Cooperative banks.

Credit card cash repayments aggregating to ₹1 lakh or more and if the total payments aggregate ₹10 lakhs or more through any mode (cash/transfer/cheque) during the year will also get reported.

Purchase of foreign exchange of currency transactions, as well as the purchase of shares/mutual funds/debentures of ₹10 lakhs or more through any mode, will get reported to the department.

The sub-register has to report the purchase or sale of any immovable property of ₹30 lakh or more. A time deposit of ₹10 lakh or more made during the year will also be reported.

Several Taxpayers had very often not disclosed certain information to the Income Tax while filing the Return of Income. This often slipped under the radar of the Income Tax because the information was hard to compile on such a large scale of tax-payers, Mr. Abhishek said.

Taxpayers should ensure all their transactions are disclosed properly in the return of income filed. The Taxpayer should be able to justify the expenses outflow of money is justified by “Taxable or Taxed Source of Income”. Details of these expenses/outflows were previously not available with the Income Tax, he added.

On non-compliance or non-disclosure, the Income Tax will initiate penal action and will issue notices for further action against the defaulting taxpayer, Mr. Abhishek said.

All you need to know about the revised tax filing forms

You will have to dial '0' before making landline to mobile...