Serological survey to begin in Delhi today: All you need to know

The serological test or sero-surveillance study is a part of the new Covid-19 response plan prepared by the Centre for Delhi. 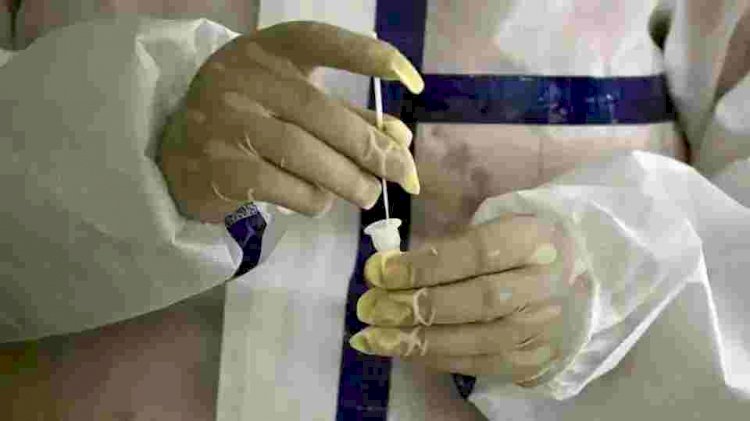 Authorities in Delhi will start a mammoth campaign on Saturday to determine the spread of the coronavirus disease (Covid-19) amidst a rising number of cases in the national capital.

The serological test or sero-surveillance study is a part of the new Covid-19 response plan prepared by the Centre for Delhi.

Delhi, which has overtaken Mumbai as the worst-affected city in the country has 73,780 infections so far and 2,429 people have succumbed to the disease.

Here is all you need to know about the serological survey:

What are serology tests and serological surveys?

A diagnostic method, serological tests are used to identify antibodies, which are created by the immune system when someone is infected with the virus, and antigens in a person’s blood.

It may be performed to diagnose infections and autoimmune illnesses. It can also be conducted to check if a person has immunity to certain diseases.

Serology (antibody) tests are largely used for surveillance among communities and can be used on people who have already been tested positive for the virus or even those who are asymptomatic. Epidemiologists often use serological surveys to determine who has antibodies and find out who has been infected with the virus, even if someone never reported a positive test or experienced symptoms.

“Depending upon the level of seroprevalence of infection, appropriate public health interventions can be planned and implemented for prevention and control of the disease. Periodic serosurveys are useful to guide policymakers,” an official of the Indian Council of Medical Research (ICMR) had said earlier.

When will it be conducted?

The serological survey will be done throughout Delhi between June 27 and July 10 to enable authorities to undertake a comprehensive analysis of Covid-19 and then prepare a broad strategy to combat the pandemic in the national capital.

“As per the directives of HM @AmitShah, discussion was done on the serological survey in Delhi, which will be carried out jointly by NCDC and Delhi Government. Survey will begin from June 27, training of all the concerned survey teams was completed yesterday,” a home ministry spokesperson tweeted on Friday.

Who will conduct the survey?

The National Centre for Disease Control, under the Union health ministry, and the Delhi government will jointly conduct the survey that will focus on antibody-based blood tests to find out residents’ past exposure to the Sars-Cov-2 virus, which causes Covid-19.

Where will it be done?

The sero-surveillance study will be conducted in all the 11 districts of Delhi focusing on as many as 20,000 households on a random basis, including individuals below 18 years of age.

How is it done?

The IgG test is not useful for detecting acute infections but it indicates episodes of infections that has happened in the past. The test is approved by ICMR for its high sensitivity and specificity.

Five millilitres of blood sample is collected from the subjects and then put in a machine where blood and plasma are separated. The plasma is then used to detect antibodies developed against Covid-19 in the body.

Has it been done before in India?

ICMR has in May conducted a pilot sero survey across 83 districts in 21 states.

The results showed that the percentage of the general population to have been infected in the past was 0.73%, with urban areas having shown higher Covid-19 prevalence of about 1.09%.

Aadhaar card update: You will no longer need any documents...

Have Zero-Balance Or Basic Savings Accounts? Banks Are...