The Sennheiser Momentum True sounds great. But the on-ear controls are confusing, disconnection issues galore and battery life is less than stellar. 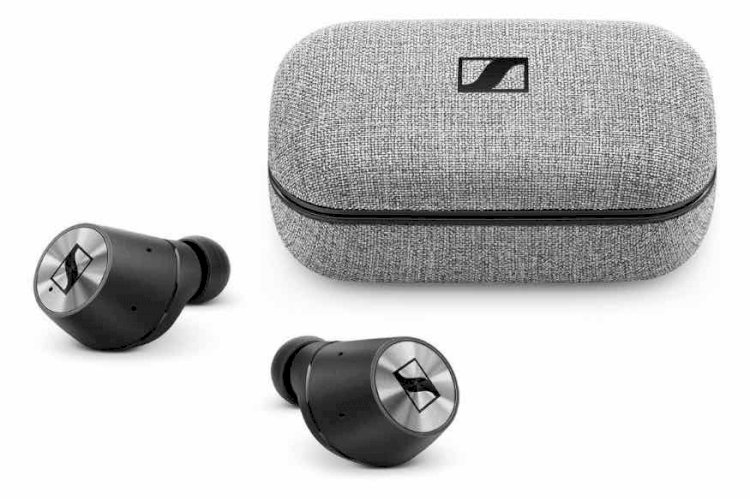 On that day in December 2016, Apple unveiled the AirPods, the first of its kind truly wireless earbuds which promised to be the next big evolution for earphones. And that is what it has been, a true category defining piece of hardware. Since then, all the big names in the audio business, as well as some well-funded startups, have tried their hands at trying to better the AirPods, now in their second generation. It has thus far been a case of many have tried, but few have succeeded—to even come close to the sort of slick experience that the Apple AirPods offer. Sennheiser, the audio biggie, left it pretty late to show its cards—the Sennheiser Momentum True wireless earbuds. Therefore, there is indeed great hope that the Momentum True would be something truly magical. But you will surely take a step back when you glance at the price tag—Rs 24,990 and this is significantly higher than the Apple AirPods (around Rs 14,900), the Sony WF-1000X (around Rs 14,990) and the Jabra Elite 65t (around Rs 15,000). If that is how much more you pay if you pick the Momentum True, they better be good. Very good. Pristine, perhaps? No pressure, then.

When you do take the Momentum True out of the unassuming packaging, the charging cradle does get your attention. It is nicely wrapped in grey fabric complete with a chunky design and a reassuring tautness defining the lid hinge. Each of the Momentum True earbuds sit reassuringly, in touch with the golden connectors that top up the batteries in each earbud and in general remain safe when you are not using them. The case itself looks quite classy, to say the least. Incidentally, there is the USB-C port to charge the case and the earbuds, which is up to date with the times. There really isn’t much more to report about the Momentum True, except that we reiterate that it looks fashionable, feels well-built and is a priceless accessory in keeping your Momentum True buds safe. Remember, like most wireless earphones, the Momentum True are also very reliant on the charging case—for powering off and charging. It is no fun to break the marriage of wireless earbuds.

But we must point out that the charging case itself isn’t exactly the sleekest. Which means it will show up as a bulge in your trouser/chinos pocket, while an Apple AirPods case would sit discreetly, and no one would notice any sort of bulge in your pants.

Speaking of the buds themselves, these are chunky. The shiny disc on the outside, where the Sennheiser logo is embossed, adds a dash of shine to the otherwise matte black earbuds. The Momentum True buds aren’t exactly the smallest around. They match the Jabra Elite 65t in terms of the footprint and are significantly larger than the Apple AirPods. But this doesn’t, for even a moment, mean they are not comfortable to wear. In fact, the Momentum True buds sit very securely in the ears, as long as you are using the correct eartips. I noticed that for me, the left bud would tend to get dislodged from time to time, while the right one remained secure—defective ear design perhaps. The good thing is, these buds are sweat proof (the IPX4 rating) and can be used during workouts.

There are no physical buttons on any of the Momentum True buds, and these discs act as capacitive controls. And these pose a significant learning curve. If you have some super powers, you would have intuitively known that you’ll need to press the discs on each of the earbuds for 5 seconds to put the Momentum True in the pairing mode. I didn’t, but then again, I am in no position to win any smartness competitions. Carrying on, I also would have never known that tapping once on the disc on the left earbud paused the music playback, tapping twice switched to the next track and that you need to tap three times to switch to the previous track. Incidentally, the right earbud disc is solely tasked with managing voice calls, adjusting the volume and invoking the phone’s voice assistant. Really, I could just fish my phone from the chinos pocket and get this done quicker. And without having to take daily revisions to remember each of these things.

Sound is where the Sennheiser Momentum True really makes for its other eccentricities. Without tweaking the sound in the Smart Control (free for Android and iOS) companion smartphone app, the out-of-the-box experience itself will blow you away. We mixed up the content to have a steady mix of Apple Music and Spotify playlist streaming, but also a generous dose of binge watching The Rain on Netflix and the evergreen The Grand Tour on Amazon Video. All of the content, irrespective of the fine differences, simply sounds fantastic. And this is even before we open the Smart Control app and give it a bit of a bass boost. The summary is simple—this will work brilliantly out of the box for a variety of content, and the customization options available in the companion app just add that bit of personalization you may prefer to go with the solid foundations.

Battery life is something you may either appreciate or feel let down by, depending on the previous experience with earbuds, if any. The Sennheiser Momentum True last around 5 hours on a single charge, while the charging case can offer a maximum of 10 hours more, spread over two rounds of complete charges. Incidentally, we noticed that the standby charge capacity of the case as well as the buds is lesser than what we expected—many a time, we reached out for the Momentum True after a gap of about 4 days, only to find that the tanks were empty. This is something that has never happened with the Apple AirPods. Speaking of which, the AirPods offer around 6 hours of battery life before you pop them back into the charging case—and you can charge the AirPods four times over with the battery in the case and get up to 24 hours more of backup time. This is great if you travel a lot or are on a transcontinental flight.

But there is a reason why the battery of the Momentum True may be inexplicably empty. In the perfect scenario (and that is how things are supposed to work, these earbuds should disconnect from the phone, tablet or laptop these may be connected with once you put them in the charging case and close the lid. Unfortunately, and I am still scratching my head to understand why, that doesn’t always happen with the Momentum True. You may be blissfully unaware (and I don’t blame you), but these buds remain connected with the device they were last used with, and drain out in the process.

At the end of the day, it really is a matter of comparing everything with the benchmark—the Apple AirPods, whether you like it or not. They have set the standard in terms of getting an overall package together, that delivers on pretty much all the aspects. Sennheiser Momentum True truly delivers on the sound, in fact the sound is very close to perfect. The charging case looks good too. But the on-ear controls are just perplexing, and battery life is less than stellar. And it is imperative that premium earbuds don’t have eccentricities which don’t allow them to disconnect them from the last paired device. In a way, everything doesn't come together seamlessly with the Momentum True, at least the way they should when you are spending a serious amount of premium over the AirPods. While I still try to figure out why Sennheiser has managed to let these foibles slip through, the Momentum True do sound great.