Could this be the Galaxy Fold 2? 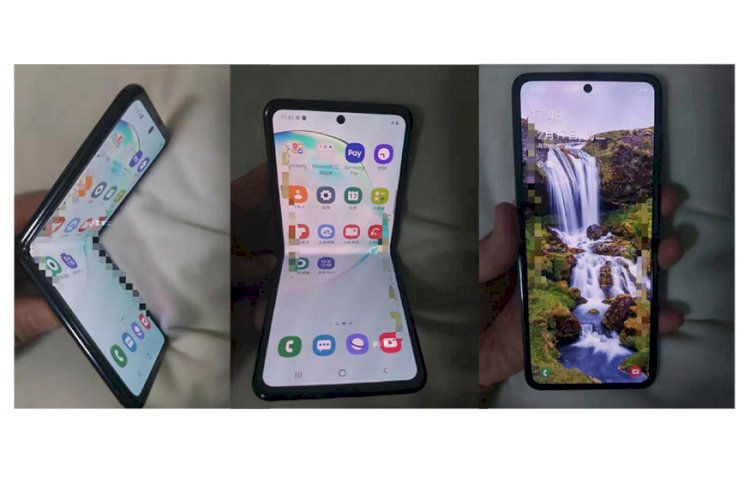 Samsung had a rough start with its first foldable phone, but it seems that the Galaxy Fold is finally picking up. Of course, the Korean tech giant isn’t going to sit back. We’ve seen multiple reports suggesting that the company is working on follow-up products to expand its line of foldables.

At least one of the future foldable phones from Samsung is going to follow the same design as the recently announced 2019 Moto Razr. A bunch of leaked photos shows the device in all its glory. You can see the clamshell form factor with a tiny LED display on the outside next to a dual-camera setup. We don’t know if there is going to be a proper display on the outside.

On the inside, there is a tall, foldable display Infinity-O display with a punch-hole placed on the top, similar to the Galaxy Note 10 series. The display actually looks pretty good and you can see that the phone is running on Samsung’s OneUI. The hinge seems to be similar to the one we saw on the Galaxy Fold, and the outer shell seems to have a glossy finish which could be glass finish. There is also a USB Type-C port at the bottom with a speaker grill.

If Samsung is planning to launch this device with a single foldable display on the inside, it could be priced much lower than the Galaxy Fold which currently retails at Rs 1,64,999. The handset could also go head to head with the Moto Razr which will start hitting certain markets in January 2020. Notably, the new Galaxy S11 series is expected to launch in February, so we could hear more about this foldable device as the launch date of the S11 gets closer.