Samsung touts it as a 100% free service with over 15 million active users. 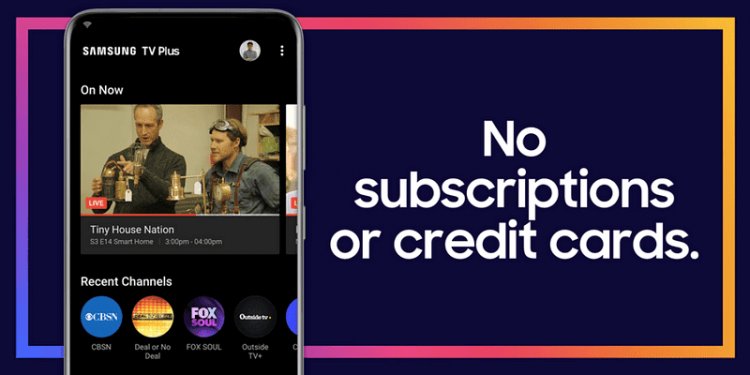 In India, Samsung is kicking off the proceedings with 27 global and local channels. “More partners will be on-boarded soon to make the service more robust,” the company said. Globally, the service offers live and on-demand TV from over 800 channels.

The service will “immediately” be live across all Samsung smart TV models from 2017 to 2021. Samsung Galaxy phone users will also be able to access it in April – though the exact date of availability hasn’t been revealed yet.

While the service is available on select handsets in the US for instance, Samsung said “most Samsung Galaxy smartphones and tablet devices” with Android Oreo or higher software version will be able to access it in India.

The TV Plus app can be downloaded from either the Samsung Galaxy Store or Google Play Store. Presumably, all new Samsung TVs and smartphones should come with TV Plus bundled by default in the future.

Samsung TV Plus: everything to know

The service made its debut in 2015. Samsung touts it as a “100% free” service with over 15 million active users. Unlike Netflix, Amazon Prime, and others, there are no paid subscriptions, or necessary debit or credit card signs ups, on Samsung TV Plus.

“Over the last one year, consumers have been spending more time at home. Their television sets and smartphones have become the centers of their lives, for both entertainment as well as information. We also noticed that consumers now immensely value great media content, reason why we chose to introduce Samsung TV Plus in India,” Reshma Prasad Virmani, Director, Services, Samsung India, said in a statement. “Over the next few months, we expect to scale TV Plus to add more channels and content.”

India is fast becoming a hotbed for OTT streaming services for expansion, even experimentation. This is in part due to the proliferation of the smart TV market and relatively more affordable data plans. There is immense potential.

It is too early to say if Samsung TV Plus will compete directly with Netflix, Amazon Prime, or even Hotstar and Sony Liv, or even if Samsung is looking to get into that race. For now, it seems more like a service complimentary to Samsung smart TVs (and phones), that should help Samsung tick one more box to entice people into buying them, and subsequently buy into its whole ecosystem.