DeX is the desktop-like experience that Samsung has developed extensively, and it works like a charm. 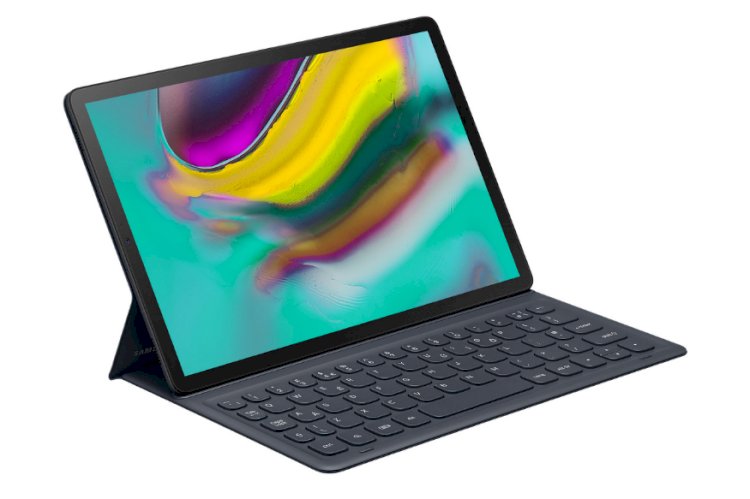 It has been a while since an Android tablet truly caught our attention. In fact, it has been a rather long time since that happened. And that is exactly why I was quite chuffed to see the Samsung Galaxy Tab S5e land on my desk. Finally, some movement. But what has changed to allow Android to compete with the likes of the Microsoft Surface Go and the Apple iPad line-up, including the iPad Pro? On the Android front, not a lot unfortunately. But that is till you get to the Galaxy Tab S5e’s secret weapon, the Samsung DeX mode that is perfectly positioned for the convertible computing experience. Never thought Android could be so productive.

In India, Samsung has two variants of the Galaxy Tab S5e up for sale. The entry spec variant has Wi-Fi only with 4GB RAM, 64GB internal storage, microSD option to expand storage up to 512GB and the black, silver and gold colour options. This is priced at Rs 35,999. The second variant is the one which is Wi-Fi + Cellular (it is called Galaxy Tab S5e LTE), with the rest of the specs being the same. This is priced at Rs 39,999. It really is a no-brainer that you should consider spending that little extra to get the Galaxy Tab S5e LTE, since that is a lot more versatile and that comes in handy when you are traveling or away from a Wi-Fi network.

As far as the design is concerned, it really is hard to find fault with the Samsung Galaxy Tab S5e. It is slimmer than I had imagined, and feels really upmarket, both in terms of the design and the finish. This is just 5.5mm thin and weighs around 400 grams depending on which variant you select. In fact, this looks a lot like the more expensive sibling, the Galaxy Tab S4, and that is great news for the Galaxy Tab S5e. The metal unibody is great to hold, and the thin bezels around the screen give the illusion that you are simply holding up the display. At least that is true in the tablet mode. For a tablet with a 10.5-inch display, this feels incredibly compact. And the thinner bezels have a lot to do with that. This most certainly feels like a very premium tablet to carry around, and it most certainly picks up some second glances from the folks nearby.

For such a slim form factor, the tradeoff is that there is no 3.5mm headphone jack, which means you either go wireless or rely on the USB-C to 3.5mm adapter.

You can buy the Galaxy Tab S5e in three colours—silver, black and gold. In a way, these look like fairly standard colour options now on the spec sheet of a smartphone. However, the sheer visual appeal of all three in the tablet form factor simply makes for what can only be described as a visual delight. The gold is subtle, the silver looks sophisticated and the black adds another dimension to the personality.

Productivity: The keyboard gives it a new personality

The primary reason for you to buy the Galaxy Tab S5e is that you want a hybrid device that works well as a tablet when that is what you need in life, and when you reach office and need to get some work done, simply attach the Book Cover Keyboard (Rs 7,999 though this is available at a discount for a while) and what you have is a mini laptop-esque device ready for action. But for it to really work well, the keyboard needs to be good. And it is. Despite its very compact design and in a way a very compressed layout of the keys, the Book Cover Keyboard for the Galaxy Tab S5e is very easy to get used to. After some initial stumbles as your fingers get used to the layout, you can pretty well thrash out long documents quickly enough on this. I managed to write long drawn out reviews on this, instead of my usual laptop, and the experience was quite neat. Responsiveness is spot on, and each key press elicits a consistent feedback. All things considered—this is a great keyboard to type on.

The keyboard mechanism is designed in such a way that you dock this after the folio magnetically attaches to the Galaxy Tab S5e. There is a hint of the iPad Pro Smart Keyboard in this, and that can only be a good thing. However, I couldn’t help but notice that the folio itself isn’t cut out exactly in line with the tab’s side spines, which means it partially gets in the way of the recessed power key. Secondly, at times, the magnet feel didn’t feel strong enough and the folio detached from the tablet as it was being moved around.

The screen real estate is as impressive as it can be. What you get is a 10.5-inch Super AMOLED display with 2,560 x 1,600 resolution. The colours pop out just right with deep blacks, great contrast and this can go really bright too. Whether it is working on documents, reading something intently on web pages, enjoying some page turners on the Kindle reader app, watching videos or editing photos, this is a great screen to work with. The 16:10 aspect ratio is a good balance to have when switching between productivity apps and perhaps a YouTube or Netflix.

Under the hood is a Qualcomm Snapdragon 670 processor, with the 4GB RAM and 64GB storage options. Mind you, you can slot in a memory card and expand the storage space by a further 512GB if need be, and you must not discount all the cloud storage options that you have too. And before you worry about this not being a flagship processor, mind you, the performance that we experienced using this as laptop replacement on the typical day at work, did not exhibit any sort of sluggishness, slowdowns or stutters at any point of time. Yes, it is possible to be pedantic and say that the app opens a few milliseconds slower than the Galaxy Tab S4, for instance, but that would simply be nitpicking. This is a top-notch Android tablet that very effortlessly becomes a full-fledged computing device as well as instantly as you demand it.

A lot of that brilliance has to do with Samsung’s One UI wrapper around Android. In a way, it is very similar to the One UI that you may have seen on some of Samsung’s recent Galaxy smartphones, including the Galaxy S10. That goes a long way in simplifying the layout, clearing up the clutter and introducing the relief of white space from time to time. For instance, the settings apps is much better than it ever has been, at least visually. All across Android, the clean layout and the smoothness of the transitions cannot be ignored. That said, you may feel that the app icons on the home screen and the app drawer are a bit too spaced out—and there really isn’t much you can do about it.

The highlight however has to be DeX. This is the desktop-like experience that Samsung has worked on extensively, and DeX works like a charm. You can either manually switch to the DeX interface or set it to automatically switch as soon as you dock the Book Cover Keyboard, for instance. What you get logged into essentially is a very Windows-esque interface where you have what looks like a ‘desktop’, a separate menu for apps and even a taskbar at the bottom where you can minimize open apps. Very similar to a typical Windows experience that most users would have had over the years, and the familiarity is the strongest point. Samsung has ensured that a lot of the popular productivity apps are compatible with DeX—the list includes Microsoft Office apps, Microsoft Outlook, OneDrive, Skype, Adobe Acrobat Reader, Adobe Photoshop Lightroom, Gmail, Google Drive, Chrome, Secure Mail and VMware Boxer. They haven’t ignored fun apps either, and the list includes Spotify and Alto’s Adventure too, for instance.

One can always nitpick and say that this isn’t a genuine computing experience since these are still Android apps and what not, but the point is simple—it is great to have an Android device that can stand up to the likes of the Microsoft Surface Go and the Apple iPads, at least as an alternative even if it is not a like-for-like rival.

Should you buy the Samsung Galaxy Tab S5e?

Yes. There is really no way I can not recommend the Samsung Galaxy Tab S5e. This really has a great keyboard, something that most hybrid computing devices miss out on. It is hard to find fault with the performance, particularly with the added productivity boost that the DeX Mode offers with the desktop-like computing experience. This is the most productive an Android tablet has ever been, and that itself is worth its weight in gold.