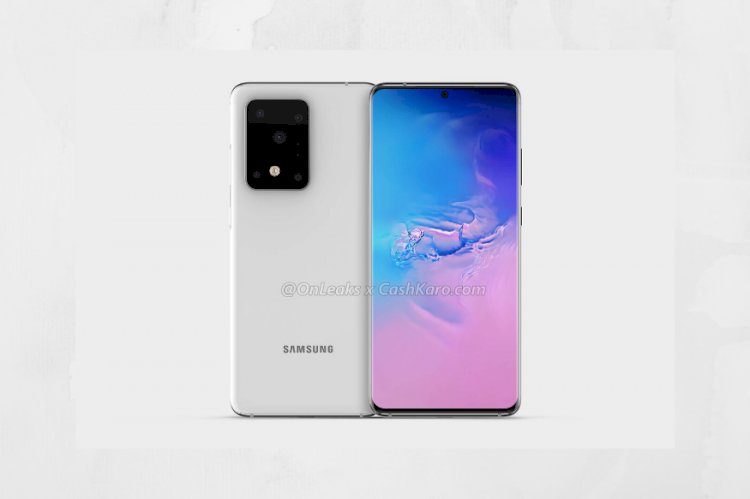 The battery of the Galaxy S11+ is expected to support Samsung's 45W fast charging technology which was first introduced on the Galaxy Note 10+. As per leaks by tipster Steve Hemmerstoffer, the Galaxy S11+ is expected to sport five cameras on the rear. The primary sensor sitting in the center is expected to offer a 108-megapixel resolution, while the camera positioned on the top-right corner is likely to have an improved ultra-wide-angle sensor. Towards the lower right side, there are two small holes which are most likely for a new laser autofocus system. Right below there is another camera which could be the rumoured 3D Time-of-Flight camera for enhanced portrait photography as well as AR content. The camera setup also sports an LED flash and two other cameras positioned at the left corner.

Samsung Galaxy S11+ is also expected to feature an Infinity-O display with a punch hole at the center and is likely to come paired with slim side bezels and compact chin. The handset will measure at 166.9x76x8.8mm and is expected to have an aluminum frame, USB-C port and speaker on the bottom, a power button and volume rocker on the right and a few microphones. There is, however, no headphone jack. As for the hardware, the Galaxy S11+ is expected to come powered by Samsung's Exynos 990 internationally and Qualcomm's Snapdragon 865 in the US. The chipsets are likely to come along with 12GB RAM and 256GB of storage as standard.