Samsung Galaxy Note 10+ Review: If You Can, Loudly Say Shut up And Take My Money

What you get for your money is a massive display, great design, loads of power under the hood and the robust S-pen stylus functionality. 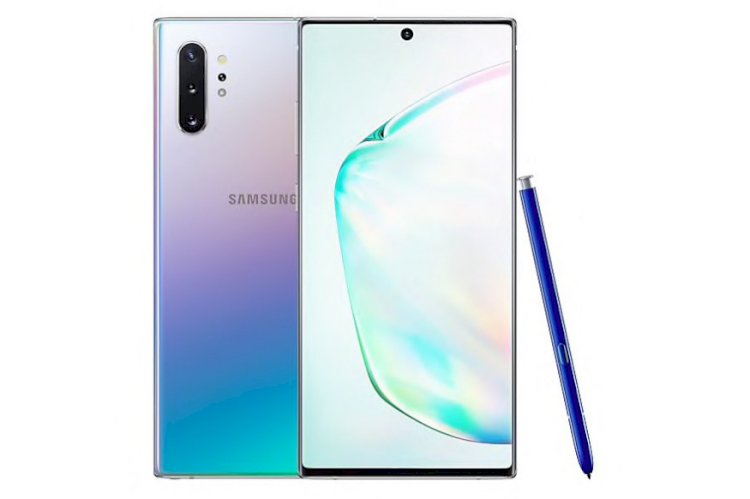 Do you really want a stylus to go with your new phone? That is the big question you have to answer when you have a wad of cash ready for a new flagship Android phone. And the answer to this question will be critical to whether you choose to splash your money on the new Samsung Galaxy Note 10+, or some other more conventional Android flagship, including a Galaxy S10+ perhaps, a Huawei P30 Pro maybe, a OnePlus 7 Pro just for kicks or one of the upcoming Google Pixel phones. I’d assume that you do like the concept of the stylus with a smartphone, since you have persisted with reading this till now. And that means the Samsung Galaxy Note 10+ is something that interests you.

The visual impression that a phone makes on you is most definitely a lasting impression. A good start there, and it becomes easier to convince a potential buyer. Think about it, do you really buy anything that doesn’t look good? Bookends, coasters, cutlery, apparels, shoes or even the new car you have been eyeing, surely design is what attracted you to that option in the first place. Smartphones are no different. Either they are beautiful, or they are bust. Users will just not buy a boring looking phone. There are phones that transcend all the virtual boundaries of beauty. The Samsung Galaxy Note 10 series, the Note 10+, to be specific, is one of those phones.

Pick up the Galaxy Note 10+, and it surely looks the part. In a way, this feels more futuristic than any other phone I’ve cradled in my hands this year—and trust me, there have been many. That slim head and chin as well as how the curved screen that cascades into the spines, just gives this a very slate-like appearance. And that large screen. Well, there really aren’t enough adjectives to praise the aesthetics and the beauty of the Galaxy Note 10+. If ever a phone came close to being bezel-less, it has to be this one.

And this is before I even flipped the phone over. Samsung calls this particular finish the Aura Glow colorway, and well, it most certainly has an undeniable aura about it. You can also have this in Aura Black and Aura White, but nothing quite matches the flow of colours and reflections off this finish. It will give you all the distraction you need to forget that this is also a fingerprint magnet. The rest of the design elements remain pretty much the same, including the cradle for the S-Pen and the USB-C port. This weighs 196 grams, which is a lot, yet doesn’t feel like it. This measures just 7.9mm thick, and that is literally nothing in the larger scheme of things. The biggest addition though, is the Gorilla Glass on the front and the back.

One thing though—I am yet to get used to the power key on the left side spine, rather than the right, as with most phones. Including most of Samsung’s recent Galaxy phones. The reason for that is perhaps the changes done with the Bixby key. The Bixby assistant and the power key are now configured on one physical key itself. I guess time will be the perfect healer.

The highlight has to be the 6.8-inch AMOLED display (3040 X 1440 resolution). Switch this on, and what you get to see is perhaps the best smartphone display that you can lay your eyes on right now. The large real estate really highlights the strong points. It is bright, sharp and is spot on for pretty much anything you may want to do on the phone. In fact, no other phone comes close to this brightness level. You can bump down the resolution to FHD+ or HD+ for saving battery, but would you really not have this visual treat every time you unlock the screen? Yet, it misses out on the 90Hz display refresh rate feature, which could be a bit of a big miss once we take stock of its rivals a few months down the line.

In terms of the specifications that sit under the hood, chances are that your Galaxy Note 10+ will be more powerful than that laptop sitting on your workstation. This runs the Exynos 9825 processor, at least on the phones being sold in India. Samsung offers the Galaxy Note 10+ in two variants. One with 256GB of storage and one with 512GB of storage. And that is before you consider the memory card slot that can hold 1TB more storage. That is an astonishing amount of storage to have on a phone. Believe me, you won’t be able to fill this up easily, even if you start storing lossless audio (FLAC) files on this. Then there is the small matter of 12GB RAM that drives this pocket rocket, and that basically means you will need a herculean effort to reach its performance ceiling. And that is just not going to happen.

The software side of things, and the One UI wrapper for Android looks familiar. Cue the same set of icons as the Galaxy S10 series (at least my eyes couldn’t notice any difference), for instance. The only difference being that the homescreen and app drawer can now be used in the landscape mode as well—and that may have something to do with the extensive focus on DeX for productivity use cases. In a way, this is a tad too familiar. Familiarity is good with most things in life, but I guess Samsung missed a trick by not adding a dollop of uniqueness to the interface that would have made the Galaxy Note 10+ users feel a bit more special.

But that is till you slide out the S-Pen, which opens up a whole new list of options for the stylus magic. After all, this stylus is what sets this apart from other Android phones. The functionality remains the same as all Galaxy Note phones you would have known thus far. Apart from Bluetooth to connect with the phone, Samsung also lets the S-Pen use the accelerometer and gyroscope sensors to enable the gestures that you can execute by waving the S-Pen in the air. This is a bit of a learning curve, but time will heal. There are the usual suspects—the notes app, the ability to scribble notes even when the phone screen is locked and also put your comments on screenshots, for instance. Yes, you can turn handwriting to text too. This is all fun and very productive too.

All this power, performance and versatility doesn’t come with any compromises on the battery front. This 4,300mAh battery almost a day and a half on a single charge. That is great for a very powerful large screen phone. Not to forget the fast charging stats—45-watt for charging with the adapter and 15-watt with a compatible wireless charger, and that means the battery will top up in close to no time.

If there is one slight disappointment, that is the camera. And I purely mean disappointment in terms of the greatness the Galaxy Note 10+ has achieved elsewhere with the upgrades. The quad camera combination at the back includes three sensors that have been carried forward from the Galaxy S10+ and a new depth sensor. What this captures therefore are very good photos in outdoors and good light environments. Overall there is nothing wrong with the photos right now, but this was a great camera earlier this year. But we need to keep one eye on the future. Now, rivals have caught up, and with the next line of phones from Apple, Google and Huawei, the goalposts will be reset again. And it will eventually feel as if the Galaxy Note 10+ is stuck in a time warp, photography wise.

In the end, it is impossible to have a single line conclusion to what is perhaps the most exciting phone we have seen in a while. The reality is that there is so much to talk about in the Galaxy Note 10+, that it can all be very complicated. The software somehow doesn’t translate that into bloat or un-intuitiveness, and that is great. What you get for your money is a massive display, a phone that feels genuinely luxurious to hold, loads of power under the hood and the S-pen stylus functionality that continues to be as robust as always. That still remains the most important reason to buy the Galaxy Note 10+.

So, how much will this cost you? The 256GB storage option will cost Rs 79,999 while the 512GB storage option costs Rs 89,999—and that is before you take advantage of the cashbacks and discounts, as well as the Galaxy Buds offer which bundles those wireless earbuds for Rs 4,999 instead of the usual price of Rs 9,990.

GoPro Hero 8 Black And GoPro Max Action Cameras Are All...