The teaser to Saif Ali Khan's much-anticipated film 'Laal Kaptaan' was unveiled on the actor's 49th birthday. Check it out. 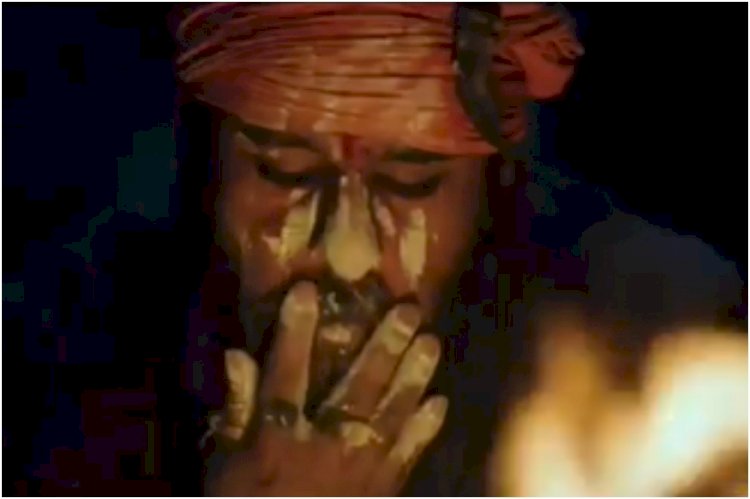 There was a lot of anticipation building up to the naga sadhu look that Saif Ali Khan will don in the Navdeep Singh (NH10) directorial Laal Kaptaan, which saw its teaser reveal on Friday.

The teaser is a high contrast clip with Saif as the centre of attraction. As the tense music in the background builds up with percussions, Saif rubs the traditional dirt (bhabhoot) on his forehead and breaks the fourth wall. Re-eyed, in long braids of hair like a naga sadhu, Saif says in the teaser, "Har Ram ka apna Raavan. Har Ram ka apna Dussehra."

There is burning fire in the foreground, suggesting that Saif's role will be fiery in the forthcoming film.

Produced by Eros International and Aanand L Rai's Colour Yellow Productions, Laal Kaptaan will feature Saif in the role of a naga sadhu out on a journey ridden with drama, revenge and deceit.

Earlier, while revealing the first look of Saif from the film, Sunil Lulla, Managing Director, Eros International had said, "Saif is a gifted actor and this script allows him to showcase his talent like never before. Laal Kaptaan boasts of a larger-than-life landscape, dramatic characters and a gripping story that makes it a first of its kind."

Laal Kaptaan releases on September 6, on the occasion of Dussehra, worldwide.