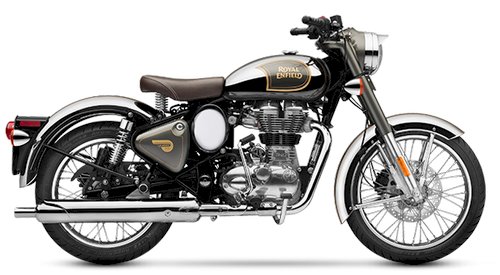 Besides, Royal Enfield launched 250 new Studio Stores across tier II and III cities and towns of India. To be operational from today, the new Royal Enfield Studio Stores will have the same retail identity as existing dealerships and offer the entire portfolio of Royal Enfield motorcycles, in addition to accessories, apparel, service and spares. The new stores are being inaugurated by retired army personnel.

The two-wheeler maker has also announced the launch of a new initiative to improve ownership cost. The company will start the use of fresh service processes and technology, including a new mix of semi-synthetic oil. The initiatives will result in increasing the service interval from three months/3,000 km to six months/5,000 km. The oil change interval will be increased from six months/5,000 km to 12 months/10,000 km.

"It has been our constant endeavour to build greater accessibility for discerning customers and widen our footprint in India. We have witnessed significant demand across smaller towns and cities, which are showing tremendous potential for growth and are soon becoming a huge market for middle-weight motorcycle segment," Royal Enfield CEO Vinod K Dasari said.

"Motorcycling aspirants in these towns are quickly catching on the trend of leisure motorcycling. With an intent to significantly expand our reach and build a robust network into these towns and cities, we are happy to announce the launch of 250 new Royal Enfield Studio Stores. We have definite plans to increase this further by the end of this fiscal," Dasari added.