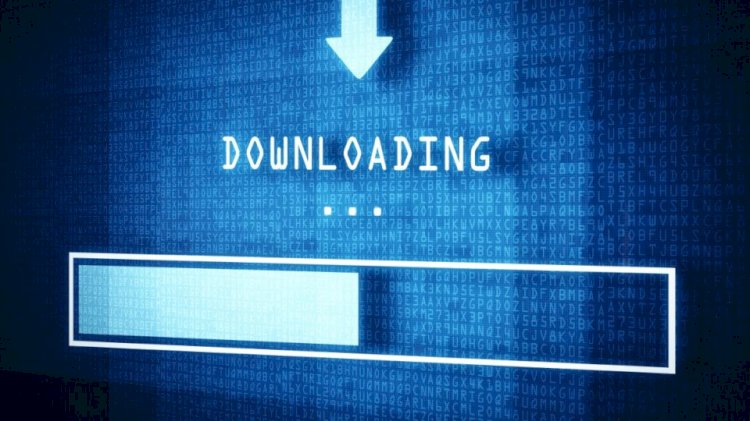 To cash in on the current practice of work from home as well as learn from home, Reliance Jio and Bharti Airtel have come out with new tariff packages for fixed line broadband (FBB), with the monthly starting price point as low as Rs 399 and Rs 499, respectively, but for existing customers, the monthly bill would not see a drop unless the users want to settle for lower Internet speed than the existing one.

Earlier, the starting monthly tariff package for a Jio FBB connection was Rs 699 with a speed of 100 Mbps and 150 GB data. Now, Jio has offered a starting package of Rs 399 but the speed would be much lower at 30 Mbps. Though data offered is unlimited. So, if an existing customer with a Rs 699 plan shifts to Rs 399, he would have to settle for a much slower speed. The unlimited data (roughly 3000 GB) in the lower price plan does not mean much because consumers hardly exhaust 150 GB and operators roll over the remaining to the next month. 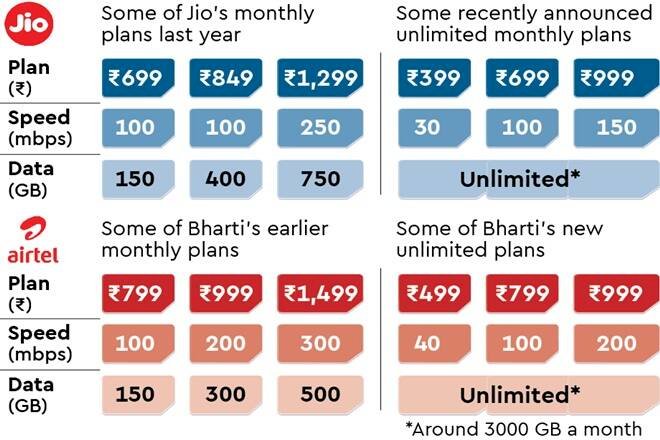 Similarly, for Bharti Airtel, earlier the starting monthly price point was Rs 799 with which came a speed of 100 Mbps and 150 GB data. The new plan offers a starting monthly price point of Rs 499 with unlimited data (around 3000 GB) but a much slower speed of 40 Mbps. Bharti’s most popular plan currently is for a monthly charge of Rs 999 with which comes 300 GB data and a speed of 200 Mbps. So, here also for existing users used to speed of 100 Mbps or 200 Mbps, it does not make sense to opt for a lower price package of Rs 499 and settle for lower speed.

However, the lowering of the price points would certainly see lot of mobile Internet users who are now working from home, or their children who are attending school or colleges from home and families which are now consuming entertainment fully through OTT services, move on to fixed broadband services as an additional connection.

Analysts have noted that the current times are best suited for faster growth of fixed broadband in the country, which otherwise today is an under-penetrated market with only around 19 million subscribers. It is largely the wireless or mobile broadband at around 600 million users which has led to the data boom.

For instance, FBB subscribers have grown at a CAGR of 4% to 19 million versus mobile broadband subscriber which grew at 53.9% to 606 million in the past six years. The FBB penetration (% of households) is just 6.1% versus 80-95% for many developed countries. China has an FBB penetration of 86%.

There are several factors for slow growth of FBB. A major reason is that mobile data is cheaper than FBB in India whereas it is just the opposite in other countries. With new starting price points both Bharti and Jio have tackled this problem.

Recently, Gopal Vittal, Bharti Airtel MD and CEO (India and South Asia), said that fixed broadband was witnessing a very high traction, given the current context when most of the people are working from home due to Covid-19 pandemic.

Jio, which is late entrant in the FBB market has so far rolled out fibre in over 1500 cities and aims to have 50 million homes and enterprises on fibre broadband.