Mastercard and Visa are the two most active payment system operators authorised to operate a card network in India by far, followed by domestic company RuPay. 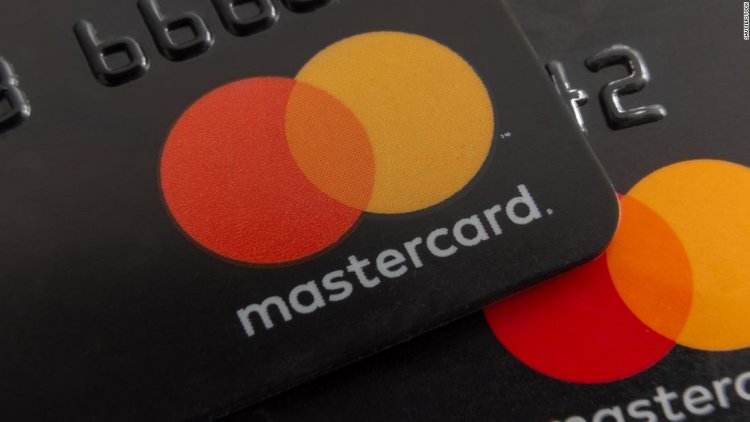 Reserve Bank of India’s (RBI) move to bar global payment giant Mastercard from onboarding any new customers in the country could significantly impact card additions by lenders over the short term.

In a press release issued on Wednesday evening, the regulator said, “The Reserve Bank of India (RBI) has today imposed restrictions on Mastercard Asia / Pacific Pte. Ltd. (Mastercard) from onboarding new domestic customers (debit, credit or prepaid) onto its card network from July 22, 2021.

Not with standing lapse of considerable time and adequate opportunities being given, the entity has been found to be non-compliant with the directions on Storage of Payment System Data.”Mastercard and Visa are the two most active payment system operators authorised to operate a card network in India by far, followed by domestic company RuPay.

While the RBI action does not impact the cards already issued by Mastercard, it will dampen lenders’ card business prospects, at least until the space vacated by Mastercard is taken up by other players like Visa and RuPay. Industry sources said that Visa is compliant with the regulator’s data storage norms, and would therefore not face any penal action that could hurt the cards market in India.

Earlier this year, RBI had similarly barred global companies American Express and Diners Club from on-boarding new customers with effect from May 1, 2021 for not complying with data storage norms. Both of these also still remain under restrictions as of date, according to people in the know.“Onboarding of new customers will get affected. Most banks have both Mastercard as well as Visa and in some cases Rupay as a payment platform for cards.

The key concern is that credit cards, which are a profitable product for banks and earn post tax ROAs of ~5-6 percent, could get impacted as banks now will have to transition to a Visa or a Rupay platform which will take time,” Suresh Ganapathy of Macquarie said.“Our conversations with bankers reveal that it could take two months for the new payment platform (say Visa) to issue new plastics and take up the additional capacity vacated by Mastercard,” added Ganapathy.

According to Nomura, RBL Bank, Bajaj Finserv and Yes Bank will be the three most impacted lenders as their entire credit card schemes are aligned with Mastercard.

HDFC Bank has 60 percent of its card schemes tied to Mastercard, Amex and Diners, while for Axis Bank and ICICI Bank, this is about 35-36 percent, said Nomura. HDFC Bank is already restricted from issuing new cards, and hence is not incrementally impacted.On the other hand, Kotak Mahindra Bank’s card portfolio is entirely allied to Visa and hence won’t face any issues, Nomura said in its note.

Issuers with exclusive tie-up with Mastercard will have to create tie-ups with other payment networks now in order to issue new cards, and this could impact their ability to issue new cards for the time being.“At a system level, credit card additions as well as spends were already slowing down.

The ban on Mastercard by RBI will further affect new additions in the interim. However, we believe this is a temporary setback and things should normalise in a couple of months,” Macquarie said in a note.After the RBI action on Mastercard, RBL Bank disclosed to exchanges that it currently issues credit cards on the Mastercard network only, but has tie ups with others for its debit cards.

“In the interim, our Bank’s current run rate of approx. 100,000 new credit card issuances per month could potentially be impacted till such time that there is clarity from the regulator on issuing new credit cards on the Mastercard network or till the technical integration with Visa is complete. As of date RBL Bank has approx. 3 million credit card customers and is the fifth largest credit card issuer in the country with approx. 5% market share,” RBL Bank further said.In a statement to CNBC-TV18, Mastercard said, “Mastercard is fully committed to our legal and regulatory obligations in the markets we operate in.

Since the issuance of the RBI directive requiring on-soil storage of domestic payment transaction data in 2018, we have provided consistent updates and reports regarding our activities and compliance with the required stipulations. While we are disappointed with the stance taken by the RBI in their communication dated July 14, we will continue to work with them to provide any additional details required to resolve their concerns.

Building on our considerable and continued investments in India, we remain committed to working with our customers and partners in advancing on the Government’s Digital India vision.”RBI’s ban on Mastercard, American Express and Diners Club is expected to remain in place until the players comply with data storage norms.

Visa and Rupay- which do not face any such restrictions- stand to gain market share from the loss of the other three players.

Check here how you can claim your money from dormant EPF...