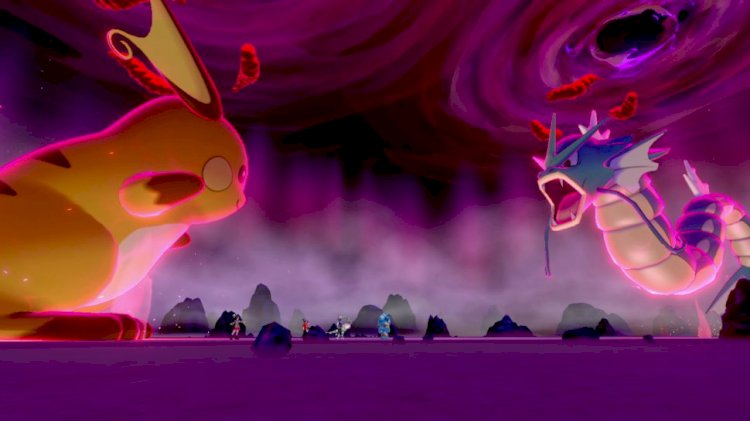 The Pokémon World Championships are taking place right now and that makes it the perfect time for Nintendo and Game Freak to drop some brand new Pokémon Sword and Shield information, including a new trailer.

The new details revolve around the game’s updated and layered battle system which will have some new attacks and abilities as well as some new items to use.

New abilities will include Galarian Weezing’s Neutralizing Gas, which, as the name suggests, will neutralize the abilities of all other Pokémon on the battle field (including those of your teammate as the trailer shows with the failure of poor Rotom’s Levitate). We're not sure what happens if two Galarian Weezings go head to floating head and we're even less sure we want to find out.

In a similar vein, Corviknight is shown to have a Hidden Ability called Mirror Armor which will allow it to reflect any stat-lowering effects back at its opponents.

Hidden Abilities, it’s been confirmedin a blog post, are slightly more special than standard abilities as they’ll only feature in Pokémon that have been caught in Max Raid Battles (so a Corviknight you catch from a normal encounter won't have the Mirror Armor ability).

These Max Raid Battles, coincidentally, are the way to encounter another kind of special Pokémon: one that's capable of Gigantamaxing. If you’re really lucky you might go into a Max Raid Battle and come away with a Pokémon that can Gigantamax and has a Hidden Ability but that’ll be a very rare event and you’ll have to take part in a lot of Raids.

The first new held item revealed in the trailer is Room Service, which will lower the speed of the Pokémon holding it during Trick Room. The other is Eject Pack which will switch the holding Pokémon out of battle if its stats are lowered, allowing you to replace it with another from your team.

New moves are always exciting and the trailer reveals one called Breaking Swipe, an attack capable of hitting two Pokémon at once and lowering their attacks.

Free Call of Duty battle royale game for PC could arrive as early as next year:...