Prime Minister Modi promises more structural reforms, vows to revive growth amid a ratings downgrade as the economy heads towards a recession 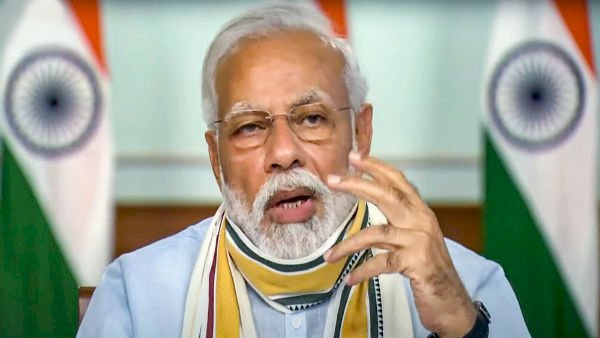 Prime Minister Narendra Modi on Tuesday pledged to accelerate structural reforms to boost growth prospects as the Indian economy heads into a recession that some forecasts say will be the deepest since Independence.

“On the one hand, we have to take strict steps to fight this virus and save lives of our countrymen and on the other hand, we have to stabilize the economy and speed it up," Modi told businessmen at the annual session of Confederation of Indian Industry (CII), a lobby group for businesses. “We will together take up more structural reforms that will change the course of our country."

As India reopens, the government is hoping that economic activity will rebound quickly, leading to a sharp but short downturn. But that would depend on whether the pent-up demand because of unrealized sales during the lockdown sustains. It is uncertain whether that would happen as widespread job losses have prompted consumers to tighten their purse strings.

Though the coronavirus pandemic has slowed down the speed of growth, Modi said, India has successfully overcome the lockdown phase and is now starting to reopen.

“A large part of the economy has opened in unlock phase 1. A lot is going to open after 8 June. Getting growth back has started," he added.

Though the government has substantially eased the over two-month-long nationwide lockdown, flight of migrant workers, restrictions on inter-state movements and downbeat consumer sentiment are expected to drag down the country’s economy.

Modi said India is moving towards a growth-oriented future. “Reforms for us are not any random or scattered decisions. Reform for us is daring to take decisions and taking them to their logical conclusions," he added.

Moody’s on Monday said implementation of reforms has been relatively weak as it cut India’s sovereign rating to the lowest investment grade with negative outlook.

Data released by the statistics department last week showed economic growth in FY20 slumped to its slowest in 11 years at 4.2%. Most economists expect the economy to contract at least by 5% in FY21.

Charting out his vision for a self-reliant India, Modi said India should not be dependent on any other country on strategic sectors but should remain fully integrated with the world economy. The Prime Minister said industry should take advantage of the trust India has developed in the rest of the world. “The world is looking for a trusted and reliable partner. We have the potential, strength and ability. Countries are also thinking whether old policies will work. New churning is happening. Expectation has grown from India. Confidence on India has grown. The Indian industry should take advantage of it," he added.

Prime Minister Modi said building a self-reliant India is about creating strong enterprises that can become global forces. “It is about generating employment, empowering people to create solutions. It is about building robust local supply chains which can strengthen global supply chains. We should now make products that are “Made In India" for the world," he added.

Former chief economic adviser in the finance ministry Shankar Acharya said it is important for India to keep its trade policy as open as possible, as a pickup in demand in the rest of the world will play a major role in boosting India’s economic growth in the coming months.

“The expectation is as the year progresses, you will see recovery in other economies and revival of world trade. Potential of external demand will be important for our recovery in next 18 months as domestic investment will remain sluggish, consumption will rebound in a subdued manner and government will be constrained of funds," he said at a separate session at the event.

India Approves Emergency Use Of Remdesivir To Treat COVID-19 Patients

How to Register, Update Mobile Number in Aadhaar, Can it...