According to the government, the scheme focuses on 116 districts across six states including UP, Bihar, Jharkhand, Madhya Pradesh, Rajasthan and Odisha 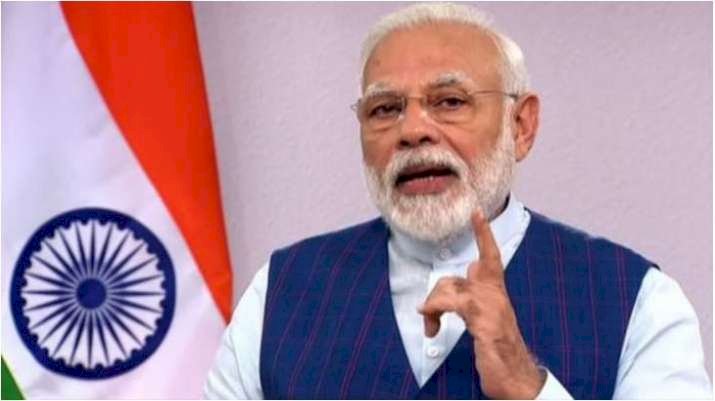 NEW DELHI : Prime Minister Narendra Modi on Saturday launched the Garib Kalyan Rozgar Abhiyan with the aim of providing employment to migrant workers who returned to their villages during the two month long nationwide lockdown imposed to curb spread of coronavirus.

The programme aims to provide jobs to labourers in rural areas which have been worst affected by reverse migration. According to the government, the scheme focuses on 116 districts across six states including Uttar Pradesh, Bihar, Jharkhand, Madhya Pradesh, Rajasthan and Odisha. The 116 districts that have been chosen, together account for over 67 lakh migrant workers which is nearly two thirds of the total returnee migrants.

"The government has been consistently making efforts to ensure that our village and our financially weaker sections are able to stand on their feet. Our poor, farmers and labourers should not seek help from anyone. We are people who do not need support but we succeed because of our hard work," said Modi at the virtual launch of the programme which was attended by chief ministers of the above said states including Bihar ally Nitish Kumar.

Modi further said that for a self-reliant India, it was necessary to make villages, farmers, poor and labourers self-reliant on then the country will be truly self-reliant. Speaking at the event, Bihar chief minister Nitish Kumar also said that most of the migrants who have returned to their villages do not want to return to the cities, instead migrants want jobs in their home state.

The scheme is aimed to he broaden the scope of rural social safety net and subsume some of the popular schemes of the government like the Mahatma Gandhi National Rural Employment Guarantee Scheme (MGNREGS). As many as 25 welfare schemes which cover creation of assets, building houses and facilities for farmers will be pooled under this drive-- Garib Kalyan Rojgar Abhiyaan—for quick delivery of jobs.

The move to launch the scheme from Bihar is also politically significant as state is currently under National Democratic Alliance (NDA) regime where Kumar is battling anti-incumbency to bid for his return as the fourth time chief minister. The state goes to poll later this month and has one of the highest returnees of migrant workers.

In his address on Saturday, Modi significantly said that the recent ordinances brought for farm sector which will help broaden the prospects of farmers. The ordinance aims to create the concept of “One India, One Agriculture Market" by freeing up conditions on who a farmer can sell to.

“Government and bureaucrats will not decide where to sell their produce, you will decide. Farmers can sell outside their states, connect directly with buyers about their produce," Modi said while adding that the move will help improve income of farmers.

His statements are significant because there is already opposition pressure on reviewing the ordinances. Earlier this week, Punjab chief minister Amarinder Singh on to Modi urging him to review it on the grounds of interests of farmers and in the ‘spirit’ of cooperative federalism where states and Centre have to work together for collective good of people. Communist Party of India (Marxist) too have opposed the ordinances.

NPS deposit, withdrawal: What to do before June 30