The total permanent account numbers (PANs) which are linked with Aadhaar number as on January 27, 2020, is 30,75,02,824, minister of state for finance Anurag Singh Thakur informed Lok Sabha. When asked if the government has extended the deadline period for Aadhaar-PAN linking, the minister responded in an affirmative "Yes sir". 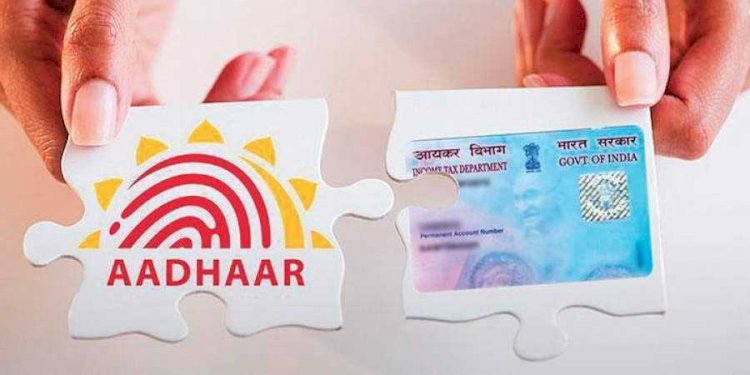 NEW DELHI: As the date for linking PAN with Aadhaar has been extended by three months, the government has linked over 30 crore such numbers with the unique identification code, Minister of State for Finance Anurag Singh Thakur said in Parliament on Monday.

When asked if the government has extended the deadline period for Aadhaar-PAN linking, the minister responded in an affirmative "Yes sir".

"As on January 27, 2020, a total of 17,58,03,617 PANs are not linked with Aadhaar. The extension of due date for linking of PAN with Aadhaar will benefit these PAN card holders as they get extra time to link their PANs with Aadhaar," Thakur said in Parliament.

Also, to ensure that the sensitive data is not leaked by handling organisations, guidelines laid down by Unique Identification Authority of India (UIDAI) in this regard are being followed, he said.

Appropriate measures have also been taken under provisions of Income-Tax Act, Information Technology Act and other applicable laws that the confidentially of data is maintained.

On being asked if the government also proposes to link all property-related transactions with Aadhaar to curb benami property and bring transparency, he said the due date for linking of PAN with Aadhaar is March 31, 2020.

"This measure will help to curb benami property and bring in transparency," Thakur said.

He said, under the Income Tax (I-T) Act, a person is required to quote PAN in respect of any sale or purchase of immovable property for an amount exceeding Rs 10 lakh or valued by stamp valuation authority.

In a separate query on PAN and bank account linking, the Finance Ministry informed the house that approximately 85 per cent of the current and savings accounts (CASA) are Aadhaar seeded as on January 24, 2020.

Besides, as per data provided by the National Payments Corporation of India (NCPI), 59.15 crore RuPay cards have been issued by banks as on December 31, 2019.