The phone will reportedly pack a monochrome sensor and a telephoto lens as well. 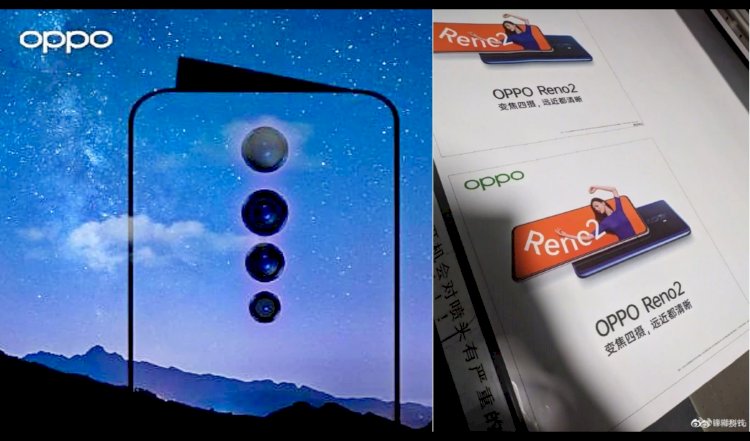 The new leak, which comes courtesy of an account named Fengchao Technology on Weibo, suggests that the Oppo Reno 2 will pack a 48-megapixel primary camera. The main camera will be assisted by a 13-megapixel telephoto lens, which as per Oppo's official confirmation, will facilitate 20x zoom.

There will also be an 8-megapixel super wide angle lens for capturing a wider panorama and a 2-megapixel monochrome sensor, which is a bit surprising since there are only a handful of smartphones out there that come equipped with a black and white sensor. Unfortunately, there is no information on details like aperture, pixel size, or stabilisation hardware of the Oppo Reno 2's cameras.

As for the selfie snapper, it will be housed in a shark fin elevating module that we have seen on the first generation Oppo Reno series phones. The leaked marketing poster of the Oppo Reno 2 reveals a full-screen display with minimal bezels and a thin chin. The phone's rear panel is shown sporting a vertically oriented camera module and what appears to be a dark blue paintjob. We'll get to know more when the Oppo Reno 2 is officially unveiled on August 28 at an event in India.