Chinese firms such as Great Wall, SAIC and Bytedance have placed major bets on India 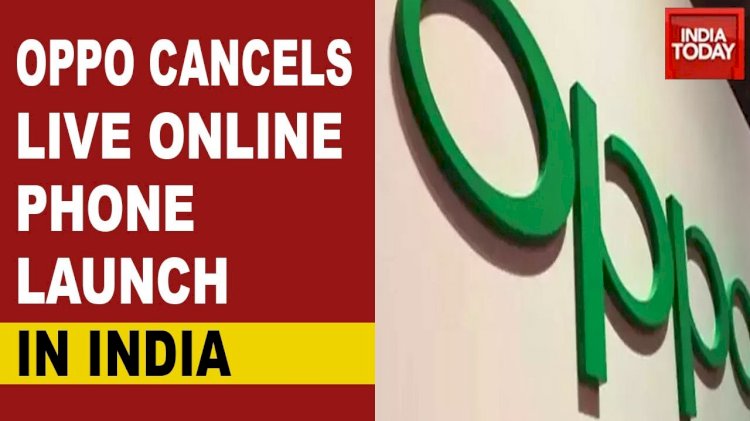 NEW DELHI : China's Oppo cancelled the live online launch of its flagship smartphone in India on Wednesday after a border clash between the two countries that has renewed calls from local Indian trader groups to shun Chinese products.

Soldiers from India and China fought each other with nail-studded clubs and stones on a disputed Himalayan mountain frontier this week, leading to the death of 20 Indian soldiers in the worst clash since 1967.

The clashes risk souring sentiment for big Chinese investors who were eyeing the Indian market and already faced pressure as anti-China sentiment festered during the coronavirus outbreak.

Chinese firms such as Great Wall, SAIC and Bytedance have placed major bets on India, where investors like Alibaba also fund many startups. Chinese smartphone brands, including Oppo and Xiaomi, account for eight of every 10 smartphones sold in India.

Oppo, which has a phone-assembly plant in India, had earlier announced a "live unveiling" of its new Find X2 smartphone models would be held on Wednesday, but a YouTube link that had to go live at 4 p.m. local time was not available for viewing.

To launch the phone, the company instead uploaded a 20-minute, pre-recorded video which included a brief highlight of Oppo's efforts to support Indian authorities in preventing the spread of coronavirus.

Oppo did not respond to Reuters' request on why the live launch was cancelled, but a person familiar with the company's thinking said the decision was taken to avoid any possible uproar on social media.

"There is tension in the environment," said the person.

Even before the border clashes, New Delhi in April changed its foreign investment policy for neighbouring countries, a move that upset Chinese investors as the Indian government now screens all incoming investments from there.

"The current government will play hardball... I do not think any new approvals for China proposals will happen in a hurry," said Abhishek Saxena, co-founder of Indian law firm Phoenix Legal that advises Chinese clients.

The Confederation of All India Traders, a group representing roughly 70 million brick-and-mortar retailers, said on Wednesday its members will boycott imported Chinese goods despite the loss their businesses will suffer.

A Twitter user, Uzair Hasan Rizvi, uploaded a video that showed some people throwing a "Chinese TV" from a high-storey building in Gujarat state and then dancing on it before dismantling it. Reuters could not independently confirm when the video was created.

Swadeshi Jagran Manch, which advocates for self reliance, urged Indian authorities to ban Chinese companies from participating in government tenders.

On Wednesday, police arrested some members of the group who protested near the Chinese embassy in New Delhi and chanted slogans such as "Made in China down down".

Railways to terminate Chinese company's contract due to 'poor progress'

Interest on PPF, savings bank deposit to be included for calculating GST registration...

PNB customers won't be able to withdraw money from these...