The OnePlus 8 renders seem to have done away with the pop-up selfie camera and instead, will sport a hidden selfie camera within an upper-left-punch-hole display notch. 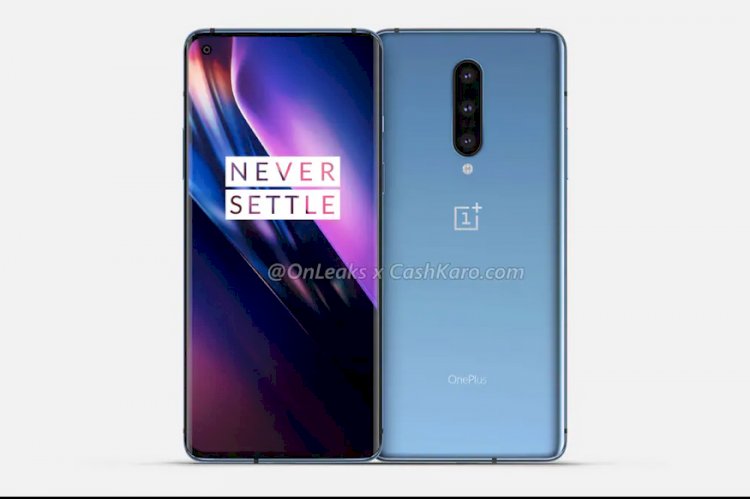 With just days after OnePlus launched the OnePlus 7T in India, a series of high-resolution renders of the OnePlus 8 have already been leaked. According to a report, the leaks come from @OnLeaks in collaboration with CashKaro. The biggest talking point of the leak is the familiarity between the OnePlus 8 renders and the design of the current crop of OnePlus Pro models.

According to the leaks, the OnePlus 8 will be the first mainline OnePlus device to come with a truly curved 6.5-inch display. However, the device will not include the pop-up selfie camera. Instead, it will sport a hidden selfie camera within an upper-left-punch-hole display notch.

The rear end sees the camera setup mimic the same vertical alignment setup that we have seen on the OnePlus 7 Pro earlier this year. From the OnePlus 8 renders, one could very well see the OnePlus line merge from 2020 after the Pro was introduced earlier this year. The OnePlus device will most probably sport a Snapdragon chipset, at least 8GB of RAM and superfast UFS 3.0 storage as standard. However, the latest development point towards the fact that the company might completely do away with flat displays.