Once a Popular Destination, Jaisalmer has Sadly Fallen Off the Tourist Map

Around 2/3rd of Jaisalmer was brought within the ambit of the Protected Area Permit (PAP), which barred any kind of tourist activity in its vicinity without prior permission from police and administration. 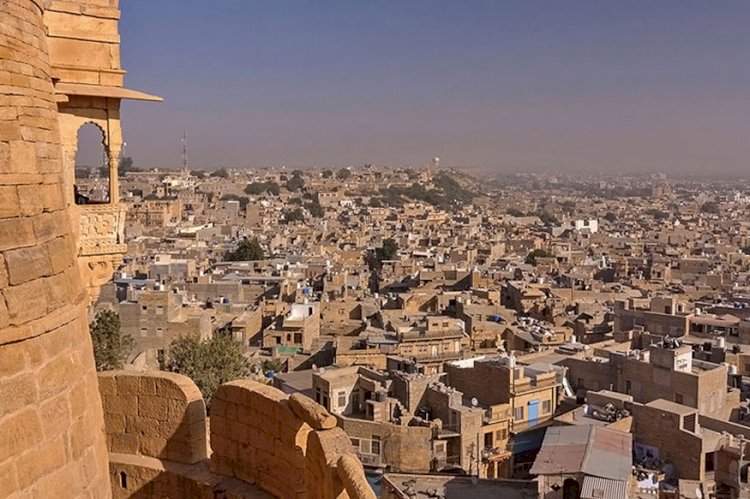 Jaisalmer: It was once a much sought-after destination for tourists who wanted to experience camel safaris, golden sands, mesmerising dunes, and the rich culture and heritage of the Thar desert. Then came the Khalistan Movement of 1986 and since the borders of Rajasthan's Jaisalmer district were bound on the west and southwest by Pakistan, tourists weren't permitted beyond 45 km of this World Heritage City.

Around 2/3rd of the district was brought within the ambit of the Protected Area Permit (PAP), which barred any kind of tourist activity in its vicinity without prior permission from police and administration.

The Khalistan movement left a sad imprint on this border area. Even the once popular 14-day safari from Jodhpur/Bikaner to Jaisalmer came to a tragic halt with the implementation of the PAP in Jaisalmer.

Those affected the most by this harsh initiative were the locals who survived on the decent incomes being generated from tourists. Even the numbers of camels dwindled substantially as demand fell, drastically cutting the income of their masters.

"Until 1986, the area was absolutely open and people used to do long safaris from Jodhpur to Jaisalmer, right along the border. There were royal desert safaris too which lasted 10-15 days. Many dignitaries from India and abroad were a part of these safaris," Vikram Singh Bhati, a member of the erstwhile royal family of Jaisalmer, told IANS.

"In the 1970s, the border of Jaisalmer bustled with the activities of Bollywood stars during the shoot of Bollywood hit 'Reshma Aur Shera'. Film stars such as Waheeda Rehman, Sunil Dutt, Amitabh Bachhan and more camped on the golden sands, went on camel safaris and created many memories for the locals to cherish. What made the difference was that the film was shot right at the border," Bhati added.

As Khalistan movement was growing strongly and Jaisalmer had a 450 km-long border with Pakistan, the authorities preferred shutting down the area.

"Now, whoever wants to visit the border areas needs to take permission from the police. One can enter Jaisalmer but can't go beyond 45 kilometres. Beyond this, they need to go to the local police station and take permission and only then can they go ahead," Bhati said.

"People want to come and see desert and the real desert starts from 45 km and beyond. That's the best part of the Thar desert, the second-largest desert of the world, which now remains inaccessible to people, he added.

If the area is opened up again, it can help generate better incomes for locals. The infrastructure can also improve and the number of camels, which is dwindling, can be increased, he said.

"If people are allowed to go there, they can see camels, culture and heritage."

"Sadly, the villagers are now switching to lucrative cash crops on land once used to graze camels. We have the best breed of camels in Asia with us, and now this is dwindling because the locals can't bear the cost of retaining the camels," he said.

Bhati said the tourism ministry can take up the issue with the home ministry, adding the defence ministry too had no problem with this as Lt. General Cherish Mathson, Army Commander, Southwestern Command, has also pitched for the prospects of battlefield tourism in the state.

At the Indian Heritage Hotels' Association conference last month, Lt. General Mathson had said: "Rajasthan's history is replete with battles which form an integral part of the state's heritage and culture. Historical battles attract the interest of the general public owing to their tremendous emotional pull due to displays of bravery and valour. There is a huge bank of people ready to respond positively to battlefield tourism if the right infrastructure to facilitate the same can be developed."

Meanwhile, as the rounds of discussions and debates continue on the issue, the sufferers are those who want to experience the real Thar, which spreads far and beyond the 45 km stretch of the city as permitted at present.