The RBI is yet to issue an official statement on withdrawal of old currency notes of Rs 100, 10 and 5. However, several media reports have quoted an RBI official stating that these notes will go out of circulation as the apex bank plans to withdraw them by March-April. 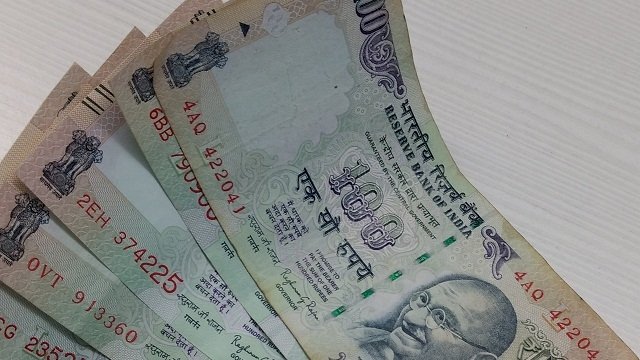 As reported by several media publications, Assistant General Manager (AGM) of the Reserve Bank of India (RBI) B Mahesh while speaking at the District Level Security Committee (DLSC) and District Level Currency Management Committee (DLMC) meeting, stated that the old currency notes of Rs 100, Rs 10 and Rs 5 will eventually go out of circulation as RBI plans to withdraw them by March-April.

It is to be noted that the new notes of Rs 100, 10 and 5 have already come into circulation in exchange for the old notes.

New currency notes of 100 rupees were released by the Reserve Bank of India in 2019. According to sources, in order to avoid the chaos that was seen during the demonetisation period, the RBI is not in favour to withdraw circulation of any old note. And to keep the system streamlined, the apex bank has been bringing new notes in the market, ensuring its circulation before it makes a decision to finally put an end to the circulation of old currency notes.

In 2019, RBI had issued new Rs 100 notes in lavender colour with the motif of 'Rani ki vav' – a stepwell located on the banks of Saraswati river in Gujarat’s Patan. "All Rs 100 banknotes issued earlier will also continue to be legal tender," the central bank said while announcing the issue of the new Rs 100 notes. The RBI introduced a Rs 200 note in addition to the currency note in denomination of Rs 2,000 after the demonetisation on November 8, 2016.

In 2019, responding to an RTI query, the Reserve Bank of India (RBI) conveyed that it has halted the printing of high-value banknotes. This provides an explanation for the fewer Rs 2000 notes being sourced by ATMs.

Speaking of the Rs 10 coin, even after 15 years of its introduction, the coin has not been accepted by traders and businessmen, which has become a problem for banks and RBI. Several rumours surfaced around the coin that created doubt among the people about its validity. Traders and shopkeepers still refuse to take Rs 10 coin that does not have a rupee symbol on them.

Interest on tax refund not received? This may be the reason