Numerology and Birth Date: Check out your personality traits here

Numerology and Birth Date: What kind of a person you are on the basis of your birth date. 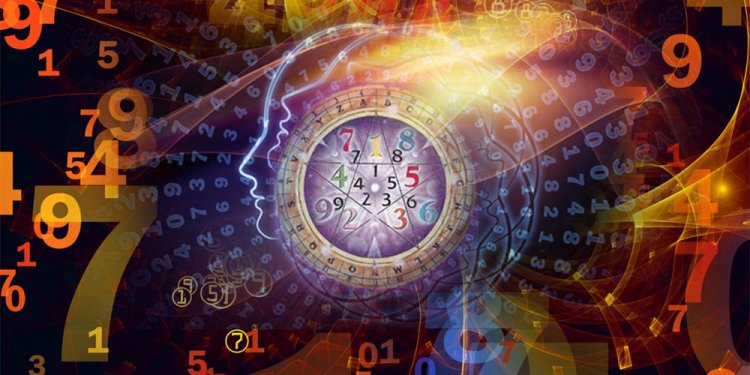 Numerology and birthdate: Numerology is a science and an art that paves way for a future for you that is instilled with positivity and prosperity. It helps you understand how every number concerned with you has an impact on your life.  For instance, Date of Births, Aadhaar numbers, death certificate numbers, passport numbers, etc., form your identity, and hence these have an impact on your life.

According to numerologists, every number has inherent vibrations that reflect on your life and growth. Therefore, numerologists help in guiding an individual into exploring the avenues of success and happy living with numerology. Let us understand how numbers and traits of an individual are strongly interconnected. This will also help you know what your traits are as per your number:

Number 1 (Sun): People born on 1st, 10th, 19th, and 28th are those that belong to Number 1. Such individuals are ruled by the Sun which indicates strength and fire. Such people are leaders, not followers, and like to work from a position of authority. They are great in such roles, which helps them excel in life.

Number 2 (Moon): People born on 2nd, 11th, 20th, and 29th are those that belong to Number 2. People that belong to this category are calm and dreamy just like the moon. At the same time, they are imaginative, gentle, and creative which fills in positivity in the lives of those around them.

Celebrities that are born under the influence of number 2: Amitabh Bachchan, Rahul Dravid, and Priyanka Chopra.

Number 3 (Jupiter): People born on 3rd, 12th, 21st, and 20th are those that belong to Number 3. Such people are highly ambitious individuals that never settle for ordinary. They want to make it huge in life by working hard and achieving great heights.

Their willpower is unbeatable, and they have a love for adventures and thrill. Such people rise easily in a position of repute in their work-life, especially in places where there is trust involved. Such people should invest their time in business and trades. Their lucky number series falls in the category of 3rd, 12th, 21st, and 30th.

Celebrities that are born under the influence of number 3: Yuvraj Singh, Rajinikanth, Rani Mukerji, and Govinda.

Number 4 (Uranus): People born on 4th, 13th, 22nd, and 21st are those that belong to Number 4. Such people are born with uncommon exceptional knowledge and can rise to great heights if they delve into the path of learning. They can excel in the field of research, IT, scientific space, and advanced learning.

Celebrities that are born under the influence of number 4: Alfred Hitchcock, Barak Obama, Preity Zinta, and Anil Ambani.

Number 5 (Mercury): People born on 5th, 14th, and 23rd are those that belong to Number 5. Such people are great communicators and can overcome any form of obstacles in their lives. Their strength lies in their versatility and the ability to endure the toughest of blows with grace and a smile. People that fall under the category must choose transport, communication, or travel as their career choice.

They are kind-hearted people for those they care about, on the other hand, they can also be completely ruthless towards those who harm them or their loved ones. The lucky numbers for them lie in the series of five such as 5th, 14th, and 32nd.

Celebrities that are born under the influence of number 5: Aamir Khan, Abhishek Bachchan, Gautam Gambir, and Himesh Reshammiya.

Number 6 (Venus): People born on the 6th, 15th, and 24th are those that belong to Number 6. Such individuals are emotional people with sensitive hearts. They are extremely loving and caring and are easily touched by the sufferings of others. These are outgoing people that crave friendships and love in their life.

They are inclined towards music, art, interior designing, sports, dancing, sports, singing, etc. Such people should take good care of their diet to maintain a healthy life. Series of three, six, and nine are the lucky numbers for those who are born in this group. These include 3rd, 6th, 9th, 12th, 15th, 18th, 21st, 24th, 27th, and 30th.

Celebrities that are born under the influence of number 6: Hema Malini, Sachin Tendulkar, and AR Rahman

Number 7 (Neptune): People born on the 7th, 16th, and 25th are those that belong to Number 7. Seven is a very analytical, inquisitive, perfectionist, and critical personality. It inquires as to why and journeys within to get the answer.

Seven extremely active vibrations are present in the vibration matrix of those who want to understand the deepest mysteries of life, the cosmos, and the universe. The lucky numbers for such individuals are those that fall in the series of six and nine.

Celebrities that are born under the influence of number 7: Katrina Kaif, Shahid Kapoor, and Saif Ali Khan.

Number 8 (Saturn): People born on 8th, 17th, and 26th are those that belong to Number 8. People born under the number 8 are typically powerful (like their governing planet), money-conscious, ambitious, and attractive. They also have a dynamic, engaging, and magnetic demeanor.

They are psychologically strong and perfectionists who want to give it their all and, as a result, are slow at work. The lucky numbers for such individuals are those that fall in the series of one, two, and four.

Celebrities that are born under the influence of number 8: Narendra Modi, Dharmendra, and Benjamin Franklin.

Number 9 (Mars): People born on the 9th, 18th, and 27th are those that belong to Number 9. People with the number 9 are dazzling and enraged. They may lead groups of individuals or organisations because they are leaders. They have the bravery to take chances in life.

They are committed to their task and want to finish it on their own. They have the guts to face challenges and work hard to overcome them. The lucky numbers of such individuals fall in the series of two, three, seven, and nine.

Celebrities that are born under the influence of number 9: Salman Khan, Sonia Gandhi, Shabana Azmi, and Akshay Kumar

While the above numbers will help you learn more about you and your traits you must also focus on the other aspects of numerology such as the impact of your names in your lives. This will help in enabling you to have a life wherein you will unleash the maximum opportunities both in your personal and professional life.