Neetu Kapoor on Rishi Kapoor's Cancer Treatment in New York: 'He Became Like My Child'

Neetu Kapoor revealed how she managed the complicated routines of medication that was necessary for Rishi Kapoor's recovery. 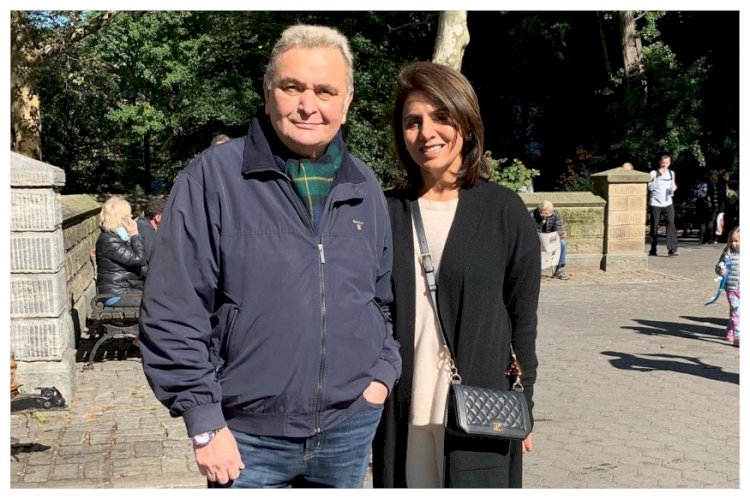 Veteran actor Rishi Kapoor, who was diagnosed with cancer in September 2018, has been living in New York ever since. An important part of his battle against cancer was his wife, actress Neetu Kapoor, who in his own words stood by his side like a rock during these hard times. Now, Neetu has finally broken her silence about what it was like to take care of the actor during this extremely difficult period.

Speaking to Times Now, Neetu said that she tried her best to ensure that Rishi wouldn't feel as much pain. "It's like he became like my child and I wanted to do everything in my power that he should not be in pain, he should get whatever he wants," she said.

She also revealed how she managed the complicated routines of medication that was necessary for Rishi's recovery. She said, "I don't understand these dawayis (medicines) and I can't do it wrong. I have to do it right. I kind of made my own list and the way it should be given, what I would understand."

In a recent interview, Rishi revealed that Neetu was a rock to him during the testing times. He said to Mid-day, "Neetu has been my rock and has shouldered all the responsibilities. So has been my family, who would drop in to give me the strength to battle my illness."

The actor, who is now cancer-free, has publicly revealed that he is longing to come back home. He recently shared a cryptic tweet and linked a title of his directorial Aa Ab Laut Chalen that was filmed in New York, to his homesickness.