The official notes verified by Firstpost suggest that multiple bank accounts opened in the same city or different parts of the country are being used by some unscrupulous elements to spread out revenue receipts. 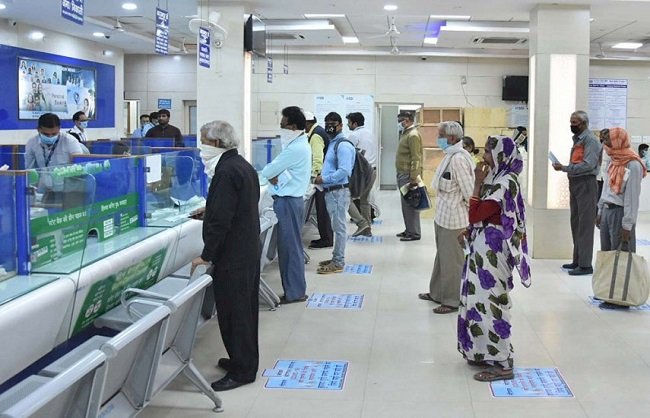 New Delhi: Service providers having multiple undisclosed accounts in different banks are under the scrutiny of tax authorities as the government thinks that it is being used as a tool for evading tax in certain cases.

Although there is no law which restricts a person to open multiple bank accounts, the government plans to find out shell company operatives, who are reportedly using dummy current accounts to launder money. The discussion within the government was triggered by a recent case in Ghaziabad in Uttar Pradesh where a person was found to have 87 accounts with Oriental Bank of Commerce and Axis Bank. He is suspected to have laundered more than Rs 380 crore using these accounts.

According to sources, the preliminary discussion within the government indicates that it may exempt businessmen in manufacturing, processing and other industrial operations since they are carrying out several transactions daily. However, for professionals, a simple rule prescribing a specific number and nature of accounts is likely to be put in place soon. It has been argued that since the financial operations of professionals are limited, regulating the numbers like a cap on maximum bank accounts could be introduced through legislation.

The official notes verified by Firstpost suggest that multiple bank accounts opened in the same city or different parts of the country are being used by some unscrupulous elements to spread out revenue receipts and also opening accounts under fake names for illegal activities.

The legislation covering all businessmen and professionals defined as service providers will bring about greater accountability of transactions as it will be mandatory to disclose all the bank accounts through which receipts and payments are made. The businessmen will be asked to disclose all the accounts if the money is borrowed from a particular bank and collection is deposited in another bank.

“It is expected that every branch of a bank will be providing details of accounts with the tax authorities including Goods and Services Tax (GST) officials so that database of accounts opened in different parts of the country by any particular person can be verified. If there are any discrepancies, further probe can be initiated by the authorities concerned,” the notes suggested.

Sources said that during the exercise to ascertain the legitimate owners, if some accounts are found to be unidentified, it can be frozen by the bank, preventing any financial transaction until the identity of the account holder is verified. The notes said for the effective implementation of a new set of rules, there has to be proper coordination between the Income Tax Department and banks.

“The inconsistencies related to suspicious accounts will be resolved by the respective bank's officials,” it said.

Reserve Bank of India (RBI) in a directive to the banks had cautioned about the opening of fresh current accounts to check non-performing assets (NPAs). The RBI said banks should, at the time of opening current accounts, insist on a declaration to the effect that the account holder is not enjoying any credit facility with any other bank.

Besides this, the officer concerned should ensure that their branches do not open current accounts of entities which enjoy credit facilities from the banking system without specifically obtaining a no-objection certificate (NOC) from the lending banks.

Country of origin label: Will sellers be able to comply by Sept 30, government asks...

Income Tax Notice: Tax notice received from Income Tax Department, what to do?

As March 31 Deadline Inches Closer, Here's How to Link...