Motorola has entered the smart TV segment by announcing a range of smart TVs running on Android TV 9.0. 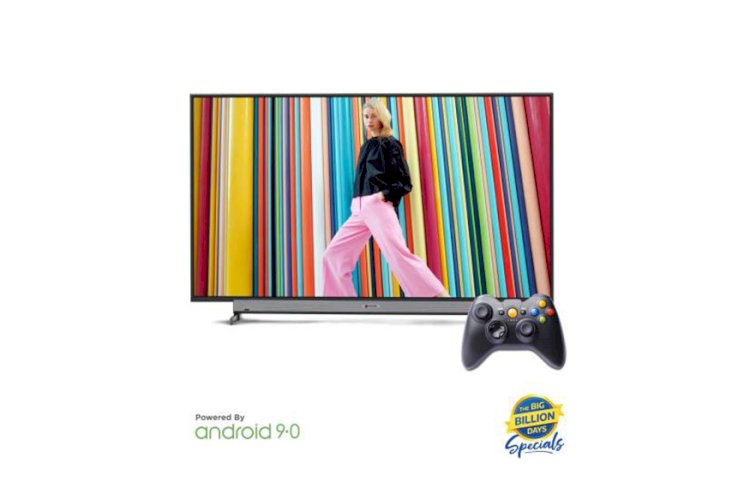 Motorola has jumped onto a new product line and announced its own TV series for the Indian market. The company announced the new range at an event today alongside the affordable Moto E6s smartphone. The new Motorola TV range will be powered by Android TV and is offered in different sizes with prices ranging from Rs 13,999 to Rs. 64,999.

The smart TV segment has received a huge jump in the country thanks to the affordable offering from Xiaomi, followed by numerous other brands. The Motorola smart TVs range will be shipped with Android TV 9.0 and is confirmed to feature HDR and Dolby Vision standard as well as Dolby Audio and DTS sound tech. Motorola will also offer a free gamepad, which will let you play games on the TV by downloading games from the Google Play Store.

The launch comes right before the arrival of another smartphone brand jumping to the large screen. OnePlus is expected to launch its own line of smart TV under the OnePlus TV brand which will feature a 55-inch 4K QLED panel with support for HDR, Dolby Vision and 50W audio thanks to an 8-speaker setup. OnePlus will be selling its TV during the Amazon Great Indian Festival once it launches on September 26.