One of the biggest USPs of the new device is the 6.5-inch display with 19.5:9 aspect ratio and 395ppi pixel density 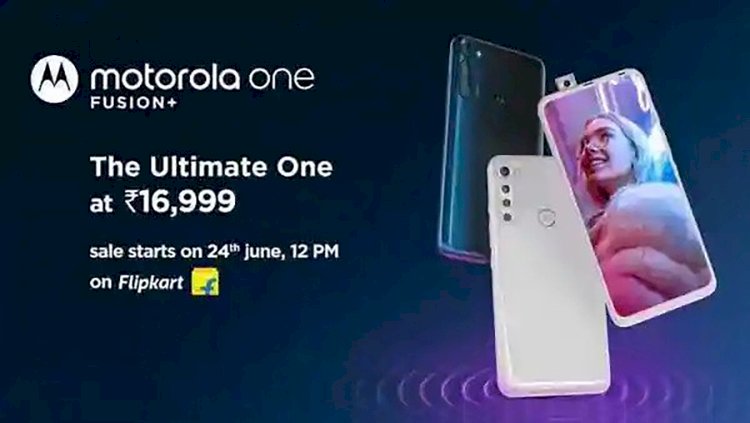 Motorola has launched the new One Fusion+ in India. The device falls in the mid-range segment and will be competing with Chinese smartphone manufacturers like Xiaomi, Realme and Poco.

Motorola has launched the new device at a price of ₹16,999, which is much lesser than what the brand charged for the European version of the device. The company is offering a single variant of the device but it will be available in two colours twilight blue and moonlight white. The device will go on sale via Flipkart on 24 June at 12 PM.

The device is powered by the Snapdragon 730G, which is an octa-core chipset, clocked at 2.2GHz, with Adreno 618 GPU.

One of the biggest USPs of the new device is the 6.5-inch display with 19.5:9 aspect ratio and 395ppi pixel density. The FullHD+ screen is completely notchless thanks to a pop-up camera. For biometric verification, the company opted for a fingerprint scanner on the back panel.