Starting 20 April, govt allowed some industries to resume operations in areas where no infections have been reported 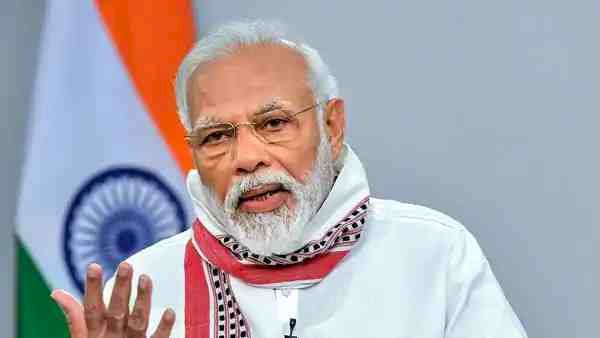 NEW DELHI : India will continue with a calibrated approach to put its battered economy back on track and restore supply chains which have been ravaged by the covid-19 pandemic and consequent lockdown.

While speaking to the state chief ministers on Monday through video conference, Prime Minister Narendra Modi said that the “efforts of states should be directed towards converting the red zones into orange and thereafter to green zones."

The high level meeting discussed lives and livelihood issues and extension of the lockdown in red zones among other things. This comes in the backdrop of the 40-day-long nationwide lockdown nearing its completion.

The chief ministers of Bihar, Odisha, Uttarakhand, Himachal Pradesh, Meghalaya, Mizoram, Puducherry, Haryana and Gujarat spoke in the meeting, with most state governments in favour of continuation of strict lockdown measures in the red zones.

“Majority of the chief ministers said lockdown should continue, some said with more economic activity it can be there, as far as I am concerned I said the decision should rest with Government of India," Puducherry chief minister, V. Narayansamy who attended the meeting on Monday said at a virtual press conference organised by Congress party later in the day.

Starting 20 April, India has allowed key parts of the economy, including agriculture, logistics, infrastructure, e-commerce and factories (located outside the municipal corporations and municipalities’ limit), to return to work in areas where no infections have been reported.

Mint had earlier reported about India exploring a decentralized strategy to exit the lockdown, which may involve dividing the nation into green, orange and red zones.

The red zones account for two-third of the cases now. With some 10 million needy people in different temporary camps post the lockdown due to lack of work, and factories almost non-functional, the states and the Centre are looking at ways to revive the economy.

“We have to give importance to the economy as well as continue the fight against COVID-19," Modi said in his fourth such interaction with the chief ministers over the pandemic.

The Narendra Modi government is attempting to balance the need to limit the damage to the economy and livelihoods of as many as 400 million poor against the risk of the coronavirus outbreak spreading further through community transmission.

“Most chief ministers were unanimous in saying that way in which number of coronavirus positive people were increasing, there should be a cautious approach and the Prime Minister should take a call on basis of what the chief ministers are saying," Narayansamy added.

The covid-19 pandemic hit at a time when India’s economy was already slowing due to persistent financial sector weaknesses, and post lockdown economic activity has come to a halt.

“We have to be brave and bring in reforms that touch the lives of common citizens," Modi said according to a government statement articulating the Centre’s strategy of using the crisis to initiate reforms.

A case in point being the reforming of the agricultural produce market committees (APMCs); wherein it allowed mandis operated by APMCs, or satellite mandis to resume functioning on 20 April. It also allowed states, Union territories, or the industry to buy directly from farmers or Fruit Products Order (FPO) cooperatives. It said states and Union territories may promote decentralized marketing and procure at the village level.

“Prime Minister said that the country has seen two Lockdowns till now, both different in certain aspects, and now we have to think of the way ahead," the statement added.