Microsoft is aiming to sell HoloLens 2 to businesses and enterprise customers, as it proclaims on its website: 'mixed reality is ready for business'. 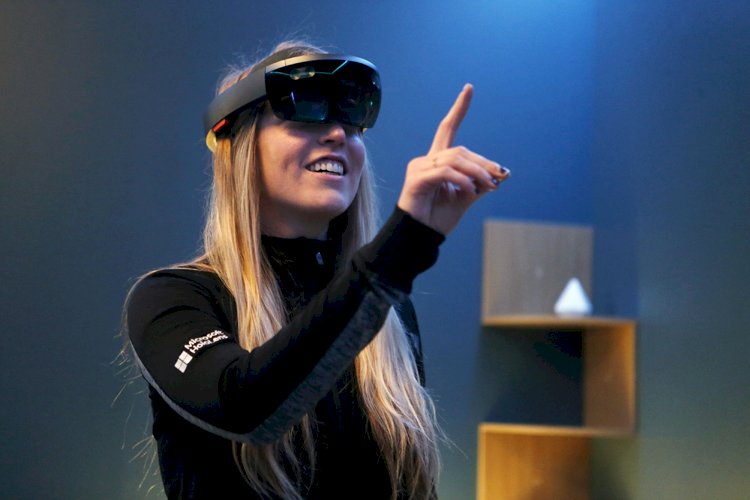 Microsoft is ready to put on sale the next edition of the augmented reality (AR) headset, HoloLens 2, beginning September. A report by Reuters quoted Microsoft’s Executive Vice President of AI and Research, Harry Shum saying that the HoloLens 2 headset will go on sale in September. Shum was talking at the World Artificial Intelligence Conference in Shanghai. However, there was no mention of the exact date. So far, Microsoft is reportedly taking preorders for HoloLens 2 only from customers in the US, France, Germany, Ireland, New Zealand, Australia and the UK.

Microsoft had unveiled HoloLens 2 at the Mobile World Congress in February earlier this year. It was seen as a significant set-up from the first HoloLens that was launched in 2016. HoloLens 2 offers a wider field of view at 52° compared with the 34° seen in the first-generation HoloLens. The resolution has been kept unchanged at “47 pixels per degree”. The device is lighter and better weighted than its predecessor and offers hardware-accelerated hand and eye-tracking.

HoloLens 2 can be bought at three price points: A $3,500 HoloLens 2 developer edition (available with financing for $99 per user per month); a HoloLens 2 device-only SKU for $3,500; and a HoloLens 2 subscription version (with Dynamics 365 Remote Assist preloaded) starting at $125 per user per month. Microsoft is aiming to sell HoloLens 2 to businesses and enterprise customers, as suggested by the tagline of its website that says “mixed reality is ready for business”.

OnePlus TV Will Receive Android TV Updates For Next Three...