Love him or dislike him, but you can’t box him. Today, on his 49th birthday, we celebrate the inimitable, always experimental Saif Ali Khan. 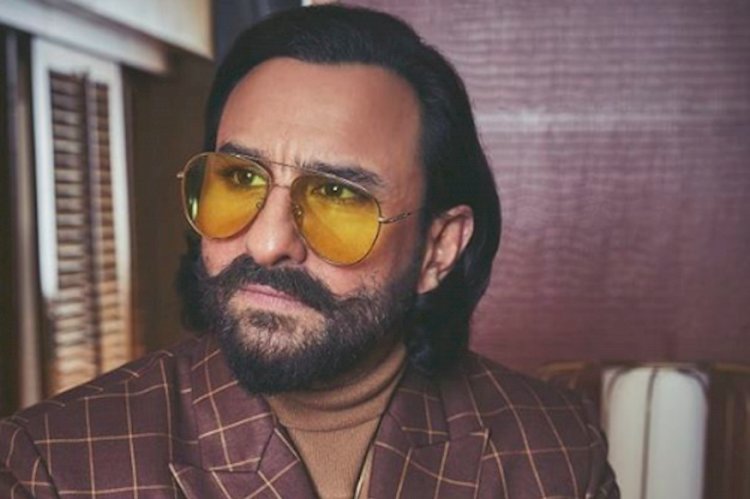 Saif Ali Khan is inarguably in the most exciting phase of his career right now.

His terrific portrayal of Sartaj Singh—the honest, troubled Mumbai cop—in Vikramadiya Motwane’s blockbuster Netflix show Sacred Games has contributed greatly in legitimising and exploding the web space in India, the way it has in the last one year.

At 49, he is everywhere, doing every kind of role imaginable. After playing a Sikh policeman in Sacred Games, he will be seen as the antagonist to Ajay Devgn’s hero in Om Raut’s historical Tanaji: The Unsung Warrior. Thereafter as a middle-aged man dealing with his teen daughter in the family comedy Jawaani Jaaneman, as Naga Sandhu in Navdeep Singh’s revenge drama Laal Kaptaan and finally as a snooty, bitter author in Mukesh Chhabra’s directorial debut Dil Bechara.

People may have begun to see his range and the audacity to experiment only now (courtesy Sacred Games) but a quick look at his filmography, and you’ll realise that Saif has always been quite the oddball—eager to experiment, making brave choices and taking up roles that few “heroes” would dare consider.

Take Kaalakaandi for example, or Bazaar, Rangoon, Agent Vinod, Go Goa Gone, Kurbaan, Roadside Romeo, Eklavya: The Royal Guard, or Aarakshan. Each one of them was an experiment of its kind, not always successful but extremely bold and riveting each time. These films may not have worked, but each shows a different Saif, his diverse sensibilities, his faith in his craft, his ability and an indomitable spirit yearning to do different and do more.

However, this isn’t to say that he hasn’t followed the tropes of the trade. He has, every once in a while, and quite successfully so. He’s been a part of major blockbusters, even generation-defining cinema—films like Hum Saath Saath Hain, Dil Chahta Hai, Rehna Hai Tere Dil Mein, Kal Ho Naa Ho, Hum Tum, Race, Parineeta, Omkara, Love Aaj Kal and Cocktail.

And then, at a time when most actors get too comfortable, saturated by their stardom, he goes and does a Sacred Games. It explodes. And nothing is ever the same again—not his career or the way people see him or consume entertainment.

It’s heartening to see that despite a 25-year-old prolific career in films, Saif Ali Khan still has it in him to be known for his most recent work. It is a testament to his ability to stay afloat, reinvent and conquer. It is also heartening to see that he is finally getting the appreciation that he deserves. Long, long overdue, it’s finally come and how. It’s resounding, unanimous, overwhelming and so fitting.

In the foreword to a recent article in MenXP, Motwane detailed his experience of working with Saif in Sacred Games. “The magic he brought to certain moments through the first season has stayed with me – the look on his face when Parulkar (Neeraj Kabi) tells him that Megha (Anupriya Goenka, who plays his wife) left him at the right time, the moment when he finally pulls the trigger, and the heroic weariness of the moment when he finds the *spoiler* in the warehouse, hand bleeding.

“Here's another spoiler – he's even better in Season 2, and I would be delighted to collaborate with him on more projects in the future,” Motwane wrote.

Saif was never one of ‘The Three Khans’. And that, I think, is his mojo.

He couldn’t have given his audience and detractors a better gift on his birthday than Sacred Games 2. I’m yet to watch it and I cannot wait.