Earlier states like Maharashtra, Tamil Nadu, Odisha and Rajashtan had extended the lockdown restrictions in the containment zones till December 31. 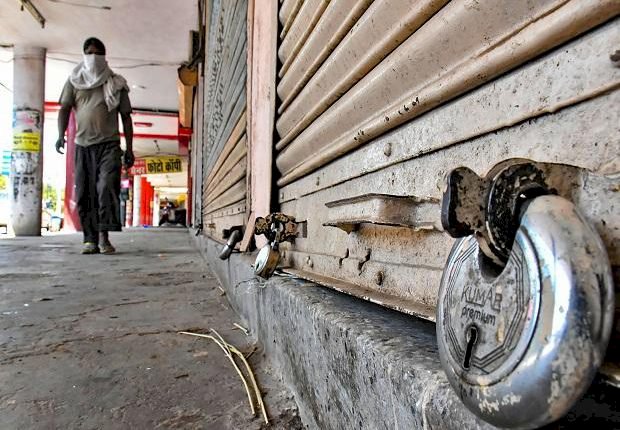 New Delhi: Amid the rising number of COVID-19 cases, lockdown restrictions might return in Uttar Pradesh as the Yogi Adityanath-led government has authorized district officials o impose local restrictions to bring the situation under control. Earlier on Monday, a circular was issued by Chief Secretary Rajendra Kumar Tiwari, wherein it was mentioned that the District Magistrates (DMs) can assess the situation and take action accordingly.

In the circular, Tiwari directed district magistrates that local restrictions like night curfew can be imposed after evaluating the prevailing COVID-19 infection scenario. Furthermore, he asserted that in the cities where the positivity rate is more than 10 percent, staggered timings can be thought upon to keep the presence of the staff minimum at one point in time.

He, however, stated that the administration of a state, district, sub-division, or city cannot impose lockdown outside the containment zone without the prior permission of the Centre.
Earlier states like Maharashtra, Tamil Nadu, Odisha, and Rajashtan had extended the lockdown restrictions in the containment zones till December 31.

“The directions and guidelines issued on September 30 and October 14  to operationalize ‘Mission Begin Again’ for easing of restrictions and phase-wise opening will remain in force till December 31 for containment of COVID-19,” an order issued by the Maharashtra government had stated.

Similarly, the Edappadi Karuppa Palaniswami-led Tamil Nadu government on Monday decided to extend COVID-19 restrictions in the state till December 30. The decision was taken after discussions with medical, public health experts, and District Collectors. Issuing a statement, the state government announced that the undergraduate (UG) final year classes can resume from December 7 while the famous Marina Beach in Chennai can reopen after December 14.

CBSE board exams cancelled or not? Latest CBSE circular...