Lockdown likely to be extended beyond 14 April, hints PM Modi 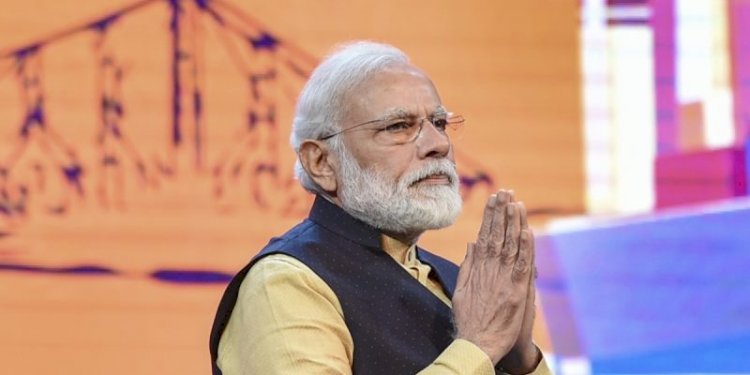 NEW DELHI : India may extend the ongoing national lockdown by 15 days, Prime Minister Narendra Modi told lawmakers on Wednesday, as the government raced to head off the challenge posed by the coronavirus pandemic. The final decision on extending the 21-day lockdown that is set to end on 14 April will be taken after a meeting with all chief ministers on 11 April, leaders who attended the meeting said.

“The prime minister said it may not be possible to lift the lockdown on 15 April, going by the feedback that he is getting from across the country. He will discuss with the chief ministers and thereafter may take a call as to by how many days the lockdown can be extended," Pinaki Misra, member of Parliament from Odisha’s Biju Janata Dal (BJD) who represented his party at the meeting, said.

If indeed the world’s biggest lockdown is extended, it will lead to further disruption to the livelihoods of India’s more than 400 million daily wage earners who have little or no savings to tap. But a chorus of influential voices, including chief ministers, has advocated lives over livelihoods to rein in the deadly virus. Lifting the lockdown, they fear, will exacerbate the situation and should be done in phases.

According to a Prime Minister’s Office statement on Wednesday, Modi told lawmakers the situation in the country was akin to a ‘social emergency’.

“Most parties gave the sense that they favour an extension of the lockdown but we left the final call with the Prime Minister. On his part, the prime minister said that he has got similar information from some states but a final call will be taken after consulting all the key stakeholders, including bureaucrats," Ghulam Nabi Azad, leader of Opposition in Rajya Sabha, told reporters on Wednesday afternoon via a virtual press conference.

At the meeting, political parties including Lok Janshakti Party, which is part of the ruling National Democratic Alliance, urged the Centre to draw a detailed plan to help farmers, daily wage labourers and revive the rural economy.

Several floor leaders, including Azad from the Congress, Elamaram Kareem of the Communist Party of India (Marxist) and the Dravida Munnetra Kazhagam’s T.R. Baalu, also raised the need for providing more financial help to the poor, farmers and daily wagers, releasing of goods and services tax dues by the Centre to states and focusing on providing adequate personal protective equipment to health workers.

“He did not declare clearly what was on his mind but there was enough indication that he felt lifting of lockdown at this stage could be difficult. He, however, said that the Union government will take a final call only after the meeting with chief ministers on Saturday," a senior leader and Rajya Sabha member who attended the meeting on Wednesday said on condition of anonymity.

States such as Uttar Pradesh, Punjab, Madhya Pradesh and Telangana have demanded that the lockdown be extended by at least 15 days.

“The Union government has already informed state governments to make preparations for essential commodities and also to prepare for greater number of hospitals," said a senior leader of Samajwadi Party aware of developments.

Modi’s outreach to political leaders over the last week, including telephonic conversations with chiefs of several political parties on Sunday, points efforts to build a political consensus on containing the pandemic and lockdown restrictions.

On Wednesday, Rajasthan’s deputy chief minister Sachin Pilot said the Centre should provide financial packages to states in proportion to the number of coronavirus cases and the propensity for further spread of the infection. “For us to be able to have a comprehensive victory over the coronavirus challenge, states will have to be assisted with dedicated financial packages. I think what should be done is that every state-specific resource allocation should be done in proportion to the spread of the infection, according to the propensity for further spread and the states present capacities to meet the crisis. We can extrapolate the data scientifically," Pilot told Press Trust of India in an interview.

WhatsApp To Restrict Message Forwarding to One Contact at a Time.

No community transmission in India yet, says WHO regional head

Banks told to credit 'interest on interest' to borrowers,...

Gratuity eligibility may be relaxed. Current rules at a...