Laxman Jhula Closes Down Temporarily After 90 years, Here are 5 Other Things You Can Do in Rishikesh

Till the time Laxman Jhula re-opens for the visitors again, here’s all that you can do in the pious city of Rishikesh. 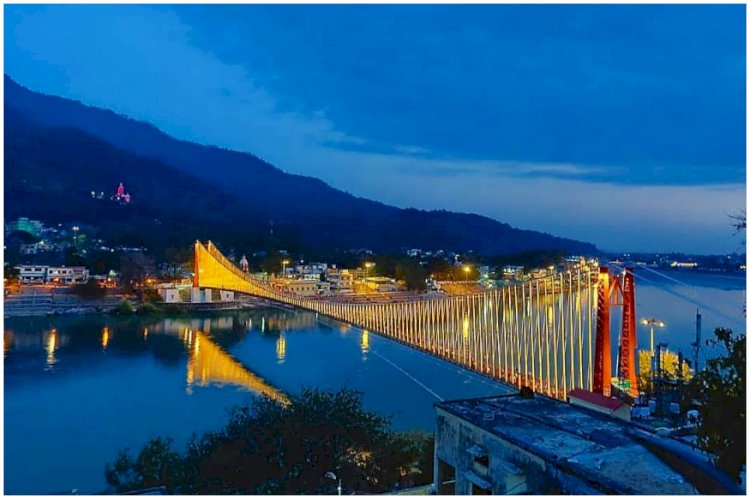 Rishikesh’s iconic Laxman Jhula, a 450-foot-long iron suspension bridge constructed over the river Ganga, has been finally closed down temporarily after 90 years on Friday, July 12. The iconic bridge in Rishikesh connects the villages of Tapovan in Tehri Garhwal district, on the west bank of the river, to Jonk in Pauri Garhwal district, on the east bank. Open for both pedestrians and motorbikes, Laxman Jhula is a British-era bridge that was built in 1923.

While the tourists might not be able to walk from one bank of the river Ganga to another using Laxman Jhula for some time, Rishikesh still has a lot to offer to all its tourists. Till the time Laxman Jhula re-opens for the visitors again, here’s all that you can do in the pious city of Rishikesh:

1.Ram Jhula: The twin bridge of Laxman Jhula, Ram Jhula is another suspension bridge over river Ganga, connecting the Sivananda Nagar area of Muni Ki Reti in Tehri Garhwal district to Swargashram in Pauri Garhwal district. Built in the year 1986, the bridge is similar to Laxman Jhula and can serve you with the same experience.

2.Beatles’ Asharam: Another tourist attraction in Rishikesh is the famous Beatles’ Asharam, where the group members of the famous band spent some time under the guidance of Maharishi Mahesh Yogi. Also known as Chaurasi Kutia, the Ashram was opened for public in 2015 with an entry fee of Rs 150. Visit the place for some serenity and beautiful graffiti.

3.Triveni Ghat: One of the calmest and beautiful places to attend Ganga Aarti is the Triveni Ghat in Rishikesh, which has less footfall as compared to Haridwar, Varanasi or Allahabad. The evening Aarti begins at around 6 or 6:30 pm, depending on the time of sunset, and gets the air filled with scents and chants.

5.Ashrams: A hub for yoga and meditation, Rishikesh can offer peace and serenity in the form of its Asharam, including Parmarth Niketan, Sivananda Ashram, Swami Dayanand Ashram, Phool Chatti and Osho Gangadham Ashram among others.

In addition, the city is known for river-rafting sports, which also includes the experience of cliff jumping and back-floating. However, adventure sports are open seasonally. Also, if you happen to be in the town, do not miss out on the amazing cafes, serving refreshing food and juices.