The strong clarification comes a day after officials monitoring social media noted a spike in posts around claims that a Taliban spokesperson Zabihullah Mujahid said it was impossible to be friends with India unless the Kashmir dispute is resolved. 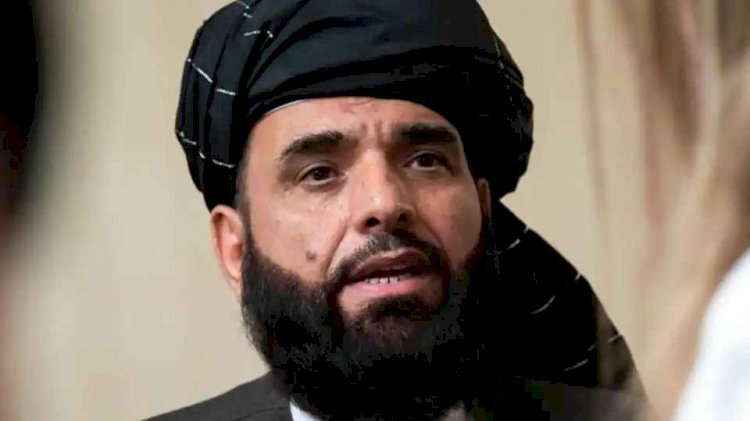 The Taliban on Monday denied claims on social media that it could join Pakistan-sponsored terrorism in Kashmir, underlining that the Taliban was clear that it “does not interfere in internal affairs of other countries”.

“The statement published in the media about Taaliban joining Jihad in Kashmir is wrong…. The policy of the Islamic Emirate is clear that it does not interfere in the internal affairs of other countries.” Suhail Shaheen, the spokesperson for the Islamic Emirate of Afghanistan, as the political wing of Taliban calls itself, tweeted on Monday evening.

The strong clarification comes a day after officials monitoring social media noted a spike in posts around claims that a Taliban spokesperson Zabihullah Mujahid said it was impossible to be friends with India unless the Kashmir dispute is resolved. The spokesperson was also claimed to have said that the Taliban would, after capturing power in Kabul, “capture Kashmir from infidels also”.

Diplomats based in Kabul and Delhi told Hindustan Times that the Taliban spokesperson’s clarification came after India worked the backchannels to confirm reports about the group’s approach to India, and on Jammu and Kashmir.

New Delhi was told that the social media posts were fake and did not reflect Taliban’s position.

But analysts have also underlined that the Taliban wasn’t a monolithic body and comprises people holding different beliefs. For example, while the group has deep linkages with the Pakistani deep state, there are also some who favour an independent line.

Since the Afghan Taliban’s top decision-making body Shura is based in Quetta and its sword arm, the Haqqani network based in Peshawar, both in Pakistan, an Af-Pak watcher said, one should not be surprised if there is a tweak in this stance under pressure from Pakistan.

Already, political equations are changing rapidly in Afghanistan with the US all set to withdraw from Kabul. Unlike in the past where Islamabad for decades acted as a proxy for the US during the Soviet-Afghan war, this time Pakistan is riding on China, who in turn has close partners in Russia and Iran. This time, Washington is the common enemy.

While the US has ensured that Ashraf Gani and Abdullah Abdullah have joined hands in power sharing, it hopes that the Tajik-Pashtun leader may sign an agreement with the Taliban as the former has refused to be any party to it.

The Indian initiative in Afghanistan is also at cross-roads as Pakistan based terrorists groups will use Taliban-ruled Kabul to target India without fear of any Balakot. For all the main players, Afghanistan is turning full circle with Pakistan strategically placed in the great game.