Junk your old car and get 5% rebate from automakers on new purchase: Gadkari 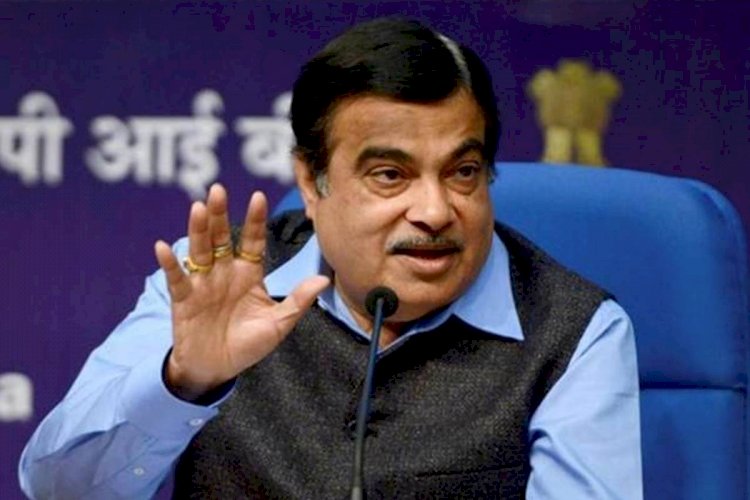 NEW DELHI: There is good news for consumers who are going to junk their old vehicles and buy a new one under the Vehicle Scrapping Policy as automakers will give about a 5% rebate on the new purchase, Union minister Nitin Gadkari has said.

The voluntary vehicle scrapping policy announced in the Union Budget for 2021-22 provides for fitness test after 20 years for personal vehicles while commercial vehicles would require it after the completion of 15 years.

"Automobile manufacturers will provide about 5% rebate on new car purchases" to the consumers instead of scrapping of the old, Road Transport, Highways and MSMEs Minister Gadkari told PTI.

"There are four major components of the policy...Apart from the rebate, there are provisions of green taxes and other levies on old polluting vehicles. These will be required to undergo mandatory fitness and pollution tests in automated facilities. For this automated fitness centres would be required throughout the country and we are working in that direction," Gadkari said.

Driving such vehicles that fail to pass automated tests will attract huge penalties and also be impounded, the minister said.

This policy is going to be a boon for the automobile sector, making it one of the most profitable sectors which in turn would generate huge employment, the minister said.

The policy is touted as a major step to boost the Indian automobile sector, reeling under the adverse impact of the COVID-19 pandemic.

The minister said it would lead to a 30 per cent boost to the Indian automobile industry turnover to ₹10 lakh crore in the years to come from the present about ₹4.5 lakh crore.

Gadkari said: "Automobile industry turnover which is ₹4.5 lakh crore at present is likely to swell to ₹10 lakh crore in years to come with India becoming an automobile hub."

The export component of this which at present is ₹1.45 lakh crore will go up to ₹ ₹3 lakh crore, he said and added that once the policy comes into practice availability of scrapped material like steel, plastic, rubber, aluminium etc will be used in the manufacturing of automobile parts which in turn will reduce their cost by 30-40%.

He said the policy will give a boost to new technologies with better mileage of vehicles besides promoting green fuel and electricity and cut on India's huge ₹8 lakh crore crude import bill which is likely to increase to about ₹18 lakh crore.

"This policy will increase vehicle demand which in turn would boost revenue. Also, ancillary industries would come up in large numbers thriving on junk vehicles," the minister said. The minister said initially about one crore polluting vehicles would go for scrapping.

It would also cover 17 lakh medium and heavy motor vehicles, which are above 15 years, and currently, without valid fitness certificates, he said.

It will give a boost to the 'Aatmanirbhar Bharat' campaign, he added.

Listing the advantages of scrapping, the Road Transport and Highways Ministry had earlier said that an old four-seater sedan will result in a loss of ₹1.8 lakh in five years while for a heavy vehicle it comes to ₹8 lakh for a period of three years.

"Structure and framework of scrapping policy are under work and green tax has already been notified. Many states have notified ineffectively...We want to advise the state governments through a notification under Motor Vehicles Act to consider imposing a green tax on older vehicles which cause more pollution," Road Transport and Highways Secretary Giridhar Aramane had said last month.

Presenting the Budget for 2021-22 in Parliament, Finance Minister Nirmala Sitharaman on February 1 had said that details of the scheme will be separately shared by the ministry.

Gadkari had said the policy will lead to new investments of around ₹10,000 crores and create as many as 50,000 jobs.

These vehicles are estimated to cause 10-12 times more pollution than the latest vehicles.

The government had earlier said it plans to impose a green tax on old polluting vehicles soon in a bid to protect the environment and curb pollution while vehicles like strong hybrids, electric vehicles and those running on alternate fuels like CNG, ethanol and LPG will be exempted. The revenue collected through the green tax will be utilised for tackling pollution. Under the scheme, transport vehicles older than eight years could be charged green tax at the time of renewal of fitness certificate at the rate of 10-25 per cent of road tax, as per green tax proposal sent to states for consultations after cleared by the ministry.

Industry experts said the policy will provide a fillip to the Indian government's efforts to position India as a global automobile manufacturing hub, as well as benefit global automakers with manufacturing industries in India, including Japanese giants Suzuki, Toyota, Nissan, amongst others.

COVID-19 vaccine may be ready by December, to be available...